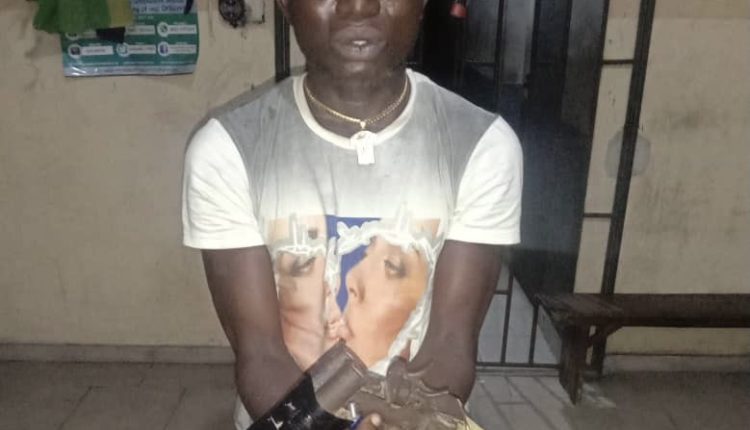 The suspect, Solomon Ebe, 37, who’s from Tuomo community in Burutu Local Government Area of the state, was apprehended along Bomadi/Tuomo road during a stop-and-search.

In the same vein, a house wife, Ejiro Efemijoghor, was, at the wee hours of last Wednesday, caught with one English double barrel gun and 26 live cartridges.

The woman, who claimed the weapons belonged to her husband, was arrested by police operatives attached to the Command’s Raider Squad during a raid at Utuloho Street, Ozoro.

Meanwhile, one of a four tricycle-snatching armed gang was burnt to death by an irate mob in Warri on Thursday.

The gang had snatched the tricycle with Reg. No. FHR 600 QF at popular Hausa Quarters and headed towards Delta Line Warri/Sapele road, Warri.

The swift response of operatives from A Division, according to the Police Public Relations Officer (PPRO), DSP Bright Edafe, led to the arrest of 22-year-old Efe David after he allegedly jumped down from the tricycle.

DSP Edafe, in a statement on Saturday, where he confirmed the incidents, said the tricycle, a cut-to-size double barrel gun with two live cartridges and some suspected stolen pieces of gold-plaited jewelry were recovered from the hoodlums, while further investigations were ongoing.

Trailer runs over man in Asaba