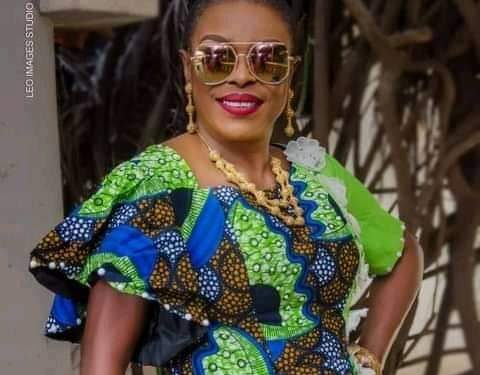 One person has been arrested in connection with the killing of Mrs Eunice Aganya, wife of a retired Commissioner of Police (CP).

The retired commissioner’s wife was killed on Friday evening by some criminals who had laid ambush on her house at Austin Iwar street, off David Mark bye pass, Makurdi.

Mrs Aganya was said to be living alone at her residence in Makurdi while the husband, Ebezimako Aganya lives in Lagos.

According to the statement issued by the Command spokesperson, DSP Catherine Anene, Mrs Aganya was expected to be part of chiefs to pay a courtesy visit on a royal father in Makurdi, the day she was killed.

The statement read: “Information was received on 13th March, 2021 at about 0930hrs that Chief Mrs Eunice Aganya; wife to CP. Ebezimako Aganya (Rtd) who reside at Austin Iwar street, off David Mark Bye-pass, Makurdi could not be seen by her co-chiefs who had planned to pay a courtesy call on a Royal Father in Makurdi.

“Police detectives who received this report swiftly moved to her house where she resides alone behind her bakery.

“Her car was seen parked in front of her gate and her fence broken into but her doors were locked.

“The team noticed blood stains on the window of the deceased and curiously broke into the house where they found the lifeless body laying in a pool of blood with a deep cut on the head.”

While commesurating with the retired CP, Anene said that the State Commissioner of Police, Audu Madaki, had ordered a full scale investigation into the incident and stressed that no stone will be left unturned to apprehend the culprits.

“Corpse has been deposited at Bishop Murray Medical Center Morgue while one suspect has been arrested in connection with the case,” the statement added.

In spite of the huge investment in the water sector by the government and international organisations, water scarcity has grown to become a perennial nightmare for residents of Abeokuta, the Ogun State capital. This report x-rays the lives and experiences of residents in getting clean, potable and affordable water amidst the surge of COVID-19 cases in the state. | retired police commissioner’s wife| retired police commissioner’s wife |

Nigerians, not God will solve our security challenge ― Senator Ndume