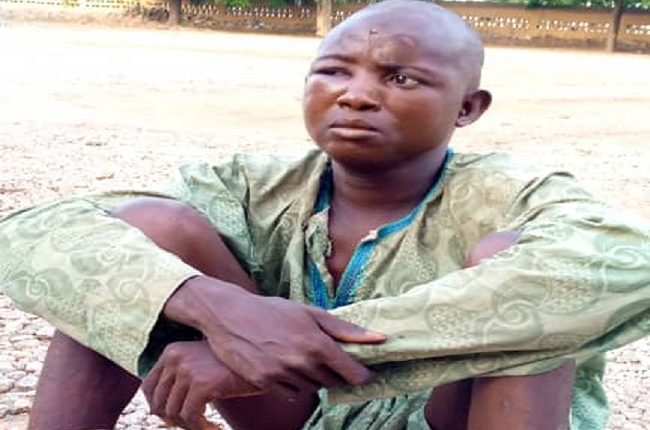 The Zamfara State police command has arrested a suspect who allegedly participated in the gruesome murder of a medical doctor, Dr Enoch Okpara, in the state.

Parading the suspect at the police headquarters in Gusau, the commissioner of police Usman Nagoggo said the suspect was arrested at Lalan area while preparing to make a kidnap at Mareri area.

He disclosed that on the 13th June 2020, unidentified armed men invaded the house of one Dr Enoch Okapara O, a Consultant of Obstetrics/Gynecologist attached to Federal Medical Center, Gusau was gruesomely murdered and his corpse burnt.

“Since then, the Command commenced a serious manhunt of the perpetrators and arrested one Abubakar Namalika.

He said, on the 5th July 2020 at about 2000hours, a team of policemen attached to Operation Puff Adder responded to a distress call and arrested the suspect at Lalan area, Gusau while on a mission to kidnap one of their targets.

“In the course of interrogation, the Police discovered that Abubakar Namalika was one of the prime suspects who participated in the gruesome murder of Dr Enoch Okpara at his residence in Mareri area, Gusau.

The suspect confessed that with four (4) other members of their syndicate now at large, they committed the dastardly act.

He further disclosed that a notorious bandits leader, Alhaji Shehu Bagewaye, a leader of one of the dreaded bandits camp known as Mai Jan Ido forest in Gusami district of Kauran Namoda sent them to the Doctor’s house to commit the crime under the guidance of one of his younger brother now at large.

He said police have intensified effort to ensure that the fleeing Suspects were apprehended and brought to book.