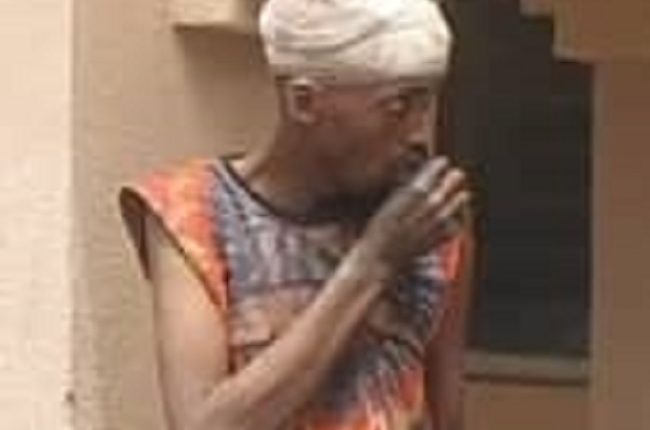 The Zamfara State police command has arrested a notorious bandit and a commander of a kingpin in Bello Turjis camp Abdullahi Umar a.k.a “Sangamere”, rescued a 60 years old kidnapped victim Hajiya Inno in the state.

Parading the suspect at the police headquarters in Gusau on Saturday, the commissioner of police through the command public relations officer SP Shehu Mohammed said, the police has made a tremendous achievement in the State.

“As part of its determination to rid the State of all form of criminal activities, and also to sustain the relative peace in Zamfara State. The Commissioner of Police Zamfara State Command CP Ayuba N. Elkanah psc(+) has reaffirmed the total commitment of Officers and men of the command to discharge their duties in accordance with Professional ethics and other constitutional provisions”.

“Police Tactical operatives attached to 42 PMF Gusau, on Anti – Banditry Operation at Tsafe, received a stress call that, armed bandits in their large number were sighted heading towards Kwaren Ganuwa village of Tsafe LGA with intent to attack the Community.

“The Operatives swung into action and mobilized to the scene, where they engaged the hoodlums to an extensive gun duel. Luckily enough, the attack was repelled, one of the bandits was fatally injured while others escaped to the forest with possible gun shot wounds”.

“In the course of interrogation, the suspect confessed that, he was among the recalcitrant bandits terrorising Sokoto, Zamfara and Katsina States. Discreet investigation is ongoing with a view to apprehending his partners in crime and charge to court for Prosecution”.

He further said that Sequel to the report received by the Police on the abduction of 60-Year-old Hajiya Inno of Gambanda Magero area in Gummi LGA by suspected armed bandits on 21st March, 2022,they swung into action.

“Police Operatives commenced an extensive search and rescue operation that led to the arrest of eight suspects including one of the commanders to a notorious bandit Kingpin Bello Turji in connection with the case.

“The suspects and their collaborators have been terrorising Gummi and its environ”.

“They are currently in Police custody undergoing discreet investigation aimed at apprehending other gang members in order to face the full wrath of the law,the rescued victim had since been reunited with her family after medical check and debriefing”.

The police operatives revealed that they had also smashed a syndicate that specialized in snatching motorcycles, handset and other valuables in Gusau metropolis.

“On 23rd March, 2022, at about 2100hrs, the above mentioned suspects conspired among themselves and hired Okada Rider, Adamu Bello ‘M’ of Rawuyya village in Gusau LGA, to transport one of them from Unguwar Gwaza area to unknown destination within Gusau”.

“On reaching Unguwar Gwaza cemetery, the two other suspects Zakari Hassan and Bashir Shehu now at large intercepted the victim and knocked him down with an iron rod.

“Police Operatives on receiving the report, swung into action and arrested one of the suspects Rilwanu Ahmed and recovered the Motorcycle while the two other suspects escaped to unknown destination”.

“The victim who sustained serious wounds was rushed to Yariman Bakura Specialist Hospital, Gusau where he is currently receiving treatment. Investigation is ongoing aimed at arresting the fleeing suspects before being charged to court for prosecution.

The Commissioner, CP Ayuba N Elkanah has called on members of the public to acknowledge the effort of the Police and other security agencies in combating crime and criminalities in the state and continue to pray for the sustenance of peace and tranquility in Zamfara State and Nigeria as a whole.

(PHOTOS):Army discovers wreckage of AirForce jet that disappeared in 2021 at Sambisa Forest

7-year-old breaks into house in Ibadan