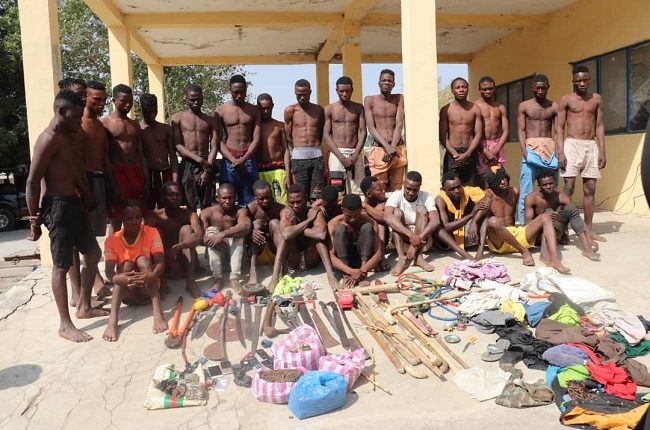 Niger State Police Police Command said additional 28 suspects have been arrested in connection with the crisis in parts of Minna, the state capital.

The arrest, the police said, is part of the continuous onslaught against youth restiveness, thuggery and other acts of criminality in the metropolis.

The command said the arrests were effected by a joint task force comprising of the Police, Military, DSS, NSCDC and Vigilantees during an aggressive raid and house-to-house search on Tuesday at about 0100hrs at Unguwar-Biri community area of Bosso Local Government Area.

Police Public Relation Officer (PPRO) of the command, DSP Wasiu Abiodun, stated this in a press statement he made available to journalists in Minna. 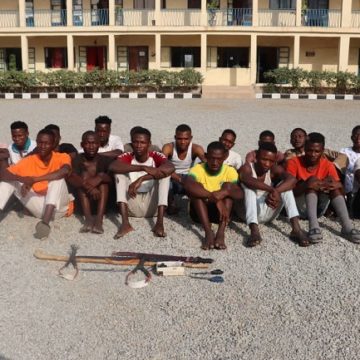 The statement added that items recovered from the suspects include 10 arrows, seven cutlasses, eight knives, nine sticks, five shisha pipes, a woodcutter and an axe.

Others, according to the statement, are iron rod, iron cutter, a pair of scissors, fry wheel, two screw-drivers, 13 handsets, 17 sachets and four nylon of Indian-hemp, assorted charms, some clothes and slippers.

DSP Abiodun however assured that the operation will continue until the metropolis was totally rid of criminals, undesirable elements and street urchins.

Meanwhile, the Commissioner of Police, CP Monday Bala Kuryas, sent a warning to all trouble makers across the state to stop it or face the full wrath of the law.

The statement said all the suspects were still under investigation at the State Criminal Investigation Department (SCID) Minna, adding that they will be arraigned in court for prosecution as soon as the investigation is concluded.

7-year-old breaks into house in Ibadan