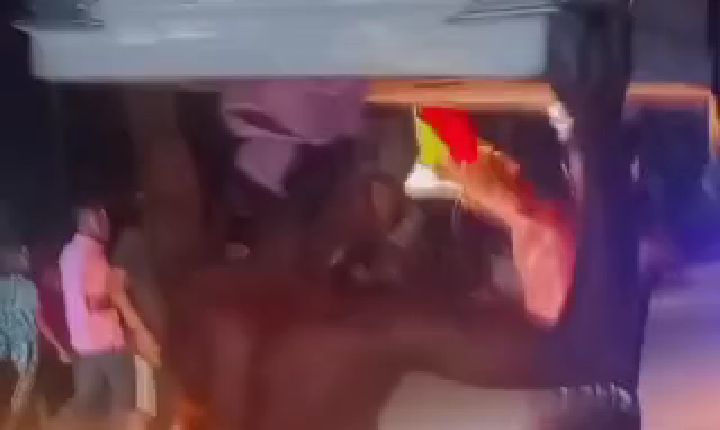 Operatives of the Delta Police Command  and members of a local vigilance group have arrested two suspected Yahoo boys for parading, on their heads, a coffin containing female undies at Ogwashi-Uku, Aniocha Local Government Area of Delta State.

The two boys, it was learnt, were earlier nabbed by local vigilantes at Agidiehe Quarters of Ogwashi-Uku town at about 9.30p.m on Thursday.

At that time they were said to be conveying the coffin from their house to an unknown destination.

It was at the time the two boys were being paraded with the coffin on their heads that operatives of the police at Ogwashu-Uku ran into them and rescued the boys from being killed.

The boys were reportedly forced to open the coffin and female pants and brassieres were found inside. This drew the attention of more villagers to the increasing activities of Yahoo boys in the area.

“The crowd would have mobbed the boys if not for the intervention of the police.
“Where did they get the pants and other female items in the coffin from?” a concerned villager reportedly said.

Meanwhile, the Police Public Relations Officer (PPRO), Delta Police Command,  DSP Onome Onovwakpoyeya, confirmed the incident, saying the boys were arrested with the coffin for alleged ritual, adding that the command would carry out more investigation into the matter.