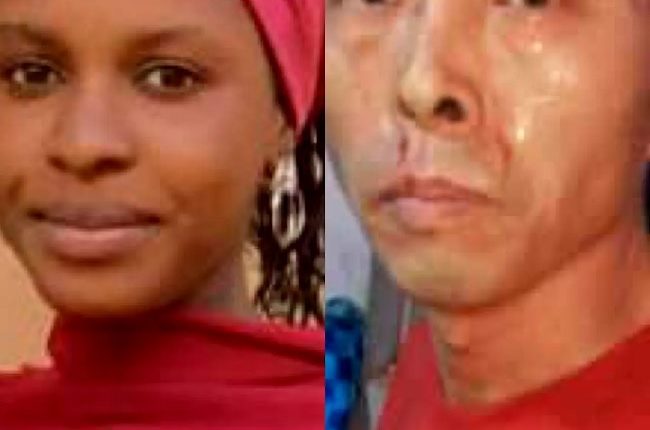 KANO State police command has arraigned a Chinese identified as Mr Geng at a Chief Magistrates’ Court sitting at Nomansland in Kano over the killing of his ex-lover, Ummulkulsum Buhari.

The police charged Geng with a one-count charge of culpable homicide in the killing of the 23-year-old graduate of Kampala University, Uganda, according to police spokesman, SP Haruna Kiyawa.

The Chinese was alleged to have killed Ummukulsum at her Kuntau residence in the Janbullo general area of Kano metropolis.

The development happened at about 7:00p.m. last Friday when the accused reportedly found his way to the home of the late Ummukulsum and stabbed her to death.

Ummukulsum was said to be a graduate of Agriculture Science from Kampala University, Uganda, and after graduating, she was undergoing her National Youth Service Corps (NYSC) in Sokoto State.

Hate speech, fake news and propaganda have been identified as the greatest threat to Nigeria’s democracy, and anybody who engages in any of these should be regarded as a threat, just like a gun….

Being an address delivered by His Excellency, Atiku Abubakar, Vice-President of Nigeria (1999-2007) and presidential candidate of the Peoples Democratic Party (PDP), on September 13, 2022…

RECENTLY, the Nigerian National Petroleum Company Limited (NNPCL) gave scary statistics on oil theft in the country, saying that it was losing $700 million every month to oil theft and vandalism at terminals.….

Mr. James Iniama, an aspirant in the recent governorship primary in Akwa Ibom State in the Peoples Democratic Party (PDP), speaks on why the South failed in the bid to secure presidential ticket of the party for the 2023 election. UDEME UTIP brings some excerpts:

ASUU to appeal court order directing it to call off strike