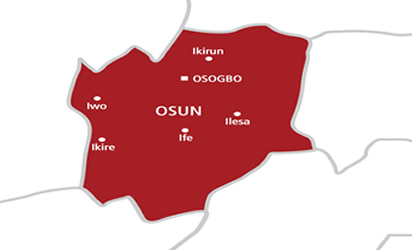 A total of 35 Northerners in unregistered trucks have been intercepted in Osogbo and Ile-Ife axis of Osun State.

In Ile-ife on Monday, 21 Noertherners were apprehended with seven motorcycles in a truck before being intercepted by the South-West Security outfit co-named Amotekun in Osun state.

Field commander of Amotekun corps in the state, Comrade Amitolu Shittu, hinted that “twenty one of them were arrested at Ajibandele area of Ile-ife, at about 9:30am-10am of the day while seven motorcycles in their possession were also confiscated and they have been handed over to the police for further investigations on their mission in the state.'”

In Osogbo on the same day, policemen intercepted and arrested 14 Northerners at Ota- efun area who after interrogation could not give a reasonable reason for their journey to the state and impounded twelve motorcycles found in their possession.

They were said to have been taken to the state police command headquarters, Osogbo where they are reportedly being interrogated on their mission in the state.

When contacted on the development, the State Police Command confirmed it intercepted an unregistered truck conveying some persons from the northern part of the country.

The command spokesperson, Yemisi Opalola, revealed that 14 men who could not give a reasonable purpose for their coming to the state were arrested

The statement reads, “Arrest of suspected persons 15/8/2022 at about 1530hrs upon information received that one unregistered truck was conveying some suspected persons from the Northern party of the country to the state.

“The suspected truck was intercepted by Oke Odo policemen and while a search was conducted, fourteen (14) men who could not give the reasonable purpose of their coming to the state were arrested.

“Twelve (12) suspected stolen motorcycles recovered. Suspects and exhibits were later handed over to the State CID for discreet investigation/profiling. Further information will be communicated in due time,” the statement concluded.