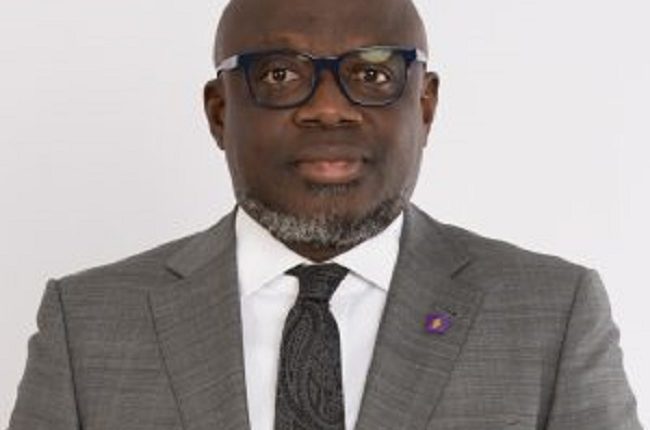 Polaris Bank Limited has announced the appointment of Mr Segun Opeke as an Executive Director of the bank by the Board of Directors and AMCON.

The development is coming on the heels of the recent appointment of Mr Innocent C. Ike as the Acting Managing Director of the bank.

Segun Opeke has over twenty-six years of hands-on work experience acquired from leading Nigerian commercial banks with over fifteen of these years in Senior and Executive Management roles.

Until his appointment, Mr Opeke was the Directorate Head, Lagos Business. The Lagos Directorate under, his leadership, recorded outstanding growth and contributed significantly to the turnaround of the Bank, evidenced by its impressive financial performance recorded in the 2019 financial year. Since the CBN intervention in the erstwhile Skye Bank Plc in July 2016, Segun has played a prominent role in the Bank’s transformation initiatives and very instrumental to the several milestone achievements of the Bank.

By this appointment, he is expected to strengthen the Bank’s leadership aspirations in the banking industry leveraging his wealth of experience and contributing greatly to its ongoing corporate transformation programme.

Segun has occupied strategic roles in various institutions including FSB International Bank, Prudent Bank and Chartered Bank where he started his banking career.

Following the emergence of Skye Bank in 2006, Segun worked as the Bank’s Treasurer and Regional Director for Victoria Island and Ikoyi. He was also the Group Head for Corporate Banking, Aviation and Maritime Group at various times. Mr. Opeke brought his leadership skills to bear as he successfully managed some large portfolios including the Bank’s Lagos Corporate and Commercial Banking Division and the Corporate Planning and Strategy Group.

As a member of the Bank’s Executive Committee, he has remained a strong asset for the institution making insightful contributions and bringing real value on board. Segun by this appointment as Executive Director, Lagos Business, will further strengthen the Management and Board in actualizing the Bank’s leadership aspirations.

Segun holds a BSc. (Banking and Finance) and an MBA from the University of Lagos. He is an alumnus of the Columbia Business School, New York. He has attended several professional, management and leadership programmes in world-class institutions including INSEAD and Euromoney, London. He is credited with making immense contributions in change management, corporate finance/restructuring and digital transformation.

Polaris Bank is a future-determining Bank committed to delivering industry-defining products, and services, across all sectors of the Nigerian economy.

A fuel tanker has exploded at Anthony inward Gbagada, Lagos State. This happened as a result of the tanker losing control while on motion and fell sideways thereby leading to an explosion and got two unidentified vehicles burnt…Polaris Bank  Polaris Bank

The Lagos State government on Friday announced that it will close the popular Ojota interchange up to the second bridge in the area for three months beginning from Monday, September 21, for some repairs…Polaris Bank

Hundreds of followers of the Speaker of the House of Representatives, Hon. Femi Gbajabiamila have continued to react to the twitter message on his official twitter handle: @femigbaja, on his engagement with his counterparts from Ethiopia, Ghana, Kenya, Senegal and South Africa on the planned collaboration in the joint task of loosening the stranglehold of foreign debt on our economies, ahead of the 2021 conference of African Speakers, scheduled to hold in Abuja…Polaris Bank  Polaris Bank