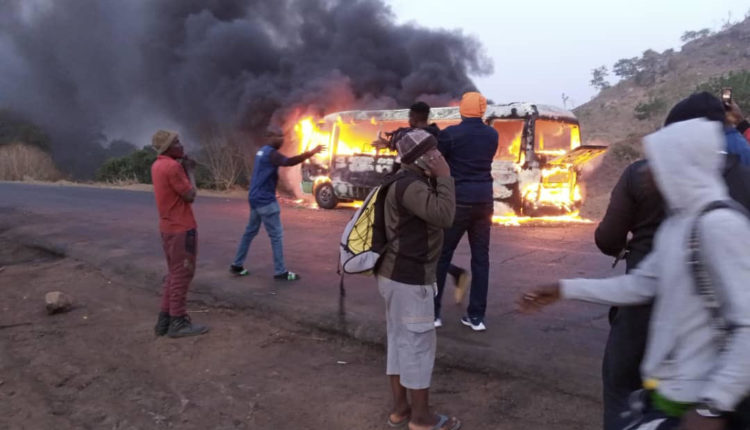 Nigeria Premier League Club, Wikki Tourists of Bauchi State, was involved in an accident in Hawan Kibo along Jos-Abuja road in Plateau State on Wednesday evening.

The team bus conveying the players was completely burnt to ashes on their way to Uyo in Akwa Ibom State for the match day 11 of the football league.

Though no life was lost in the accident, most of the personal effects of the players were lost in the fire which cause cannot be immediately ascertained as of the time of filing this report.

Media Officer of the club, Nasiru Abdullahi Kọbi, while speaking on phone, said that “we thank God that everyone in the bus was evacuated before it burst into real fire, but we lost everything inside it.”

He added that all the players and officials, though initially shocked, are now stable and in good condition, adding that they are on their way back to Bauchi State.