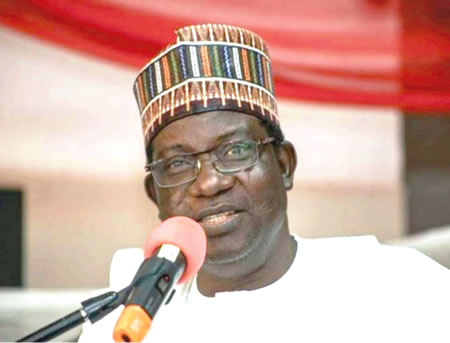 Worried by the abduction of Miss. Jennifer Samuel who hails from Plateau State and her colleagues who work with Alliance for International Medical Aids in Borno State by Boko Haram, Governor Simon Lalong has declared that his administration is working closely with the federal government and security agencies to secure their release.

According to a statement issued by the State Government signed by the Commissioner of Information and Communication, Mr Dan Majang, the governor said the government will not rest until Jennifer Samuel and her colleagues were rescued.

“The Rescue Administration is interested in the welfare of Plateau citizens anywhere in the world. Channels of Communication have been opened with relevant authorities to secure the release of not just one Miss. Jennifer Samuel but also other citizens in the captivity of the terrorists” he said.

In a related development, a member of House of Representatives, representing Bokkos-Mangu federal constituency of Plateau State, Hon. Solomon Maren has condemned the abduction of the aids workers who by reason of their professional callings have found themselves working in the troubled northeast region, providing humanitarian help to victims of insurgency.

“This came as a brutal shock to us, and as a representative of the peaceful people of this constituency, my heart bleeds. This is particularly so as reports say another indigene of Bokkos was three weeks ago kidnapped by the same insurgents in the northeast, yet nothing has been done by the authorities concerned.

He said the abductions among many instances of insecurity in the country depicted the extent to which the terrorists have grown, allowing to the laxity of government and other concerned parties to do the needful.

Hon. Marren said the legislators will continue to enact laws and carry out all necessary functions with regards to national security and will not hesitate to throw up meaningful debates that will guarantee the safety and general wellbeing of Nigerians.

Said he: “This includes the prompt and safe rescue of Jennifer and her fellow abductees. However, the executive in whose hands lies the power to deploy troops and/or facilitate rescue and other security missions must be active beyond words.

“Enough of the media propaganda. Let us deploy the right military personnel with the right mindset, the right welfare and the right equipment. We cannot be budgeting huge chunks of money to national security and still be losing citizens on a daily basis. Nigeria has all it takes to crush its adversities. All that is needed is the right attitude and I dare say, the kidnap of Jennifer and others in Boko Haram captivity is a test of our capacity as a nation to rise up to the security needs of our communities.

“Given the increasing religious bias in the selection of those to kidnap or execute, drawing from the case of Leah Sharibu and others before now, the kidnap of Jennifer and her colleagues is even a greater test of our religious tolerance, particularly now that the nation is battling to redeem its image following recent poor international rating on religious freedom”.