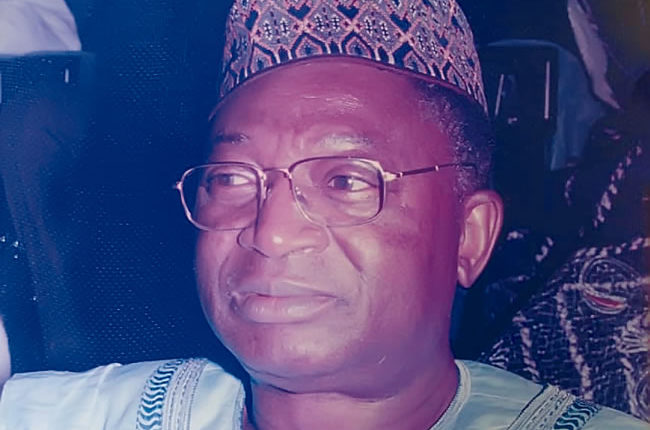 Following the demise of the former Chief of Defense Staff, Lt. General Joshua Dogonyaro, on Thursday, at the age of 80, Governor Simon Lalong has described him as a patriotic and loyal Nigerian.

The former Governor of the State, Senator Jonah Jang also described the deceased as a colossus and a man of peace while Sir Fidelis Tapgun said his death was not only a loss to Plateau State but the entire country and military in particular.

The war veteran General Dogonyaro died in the early hours of Thursday at Jos University Teaching Hospital where he was admitted for treatment after his health relapsed a few days ago.

According to one of his aides, Major Gabriel Adofiku (rtd), who confirmed his death to Tribune Online said he died at exactly 3:30 am on Thursday adding that his remains have been deposited at the Airforce Military Hospital Jos, Plateau State.

Governor Lalong in a statement signed by his Director of Press, Dr Makut Simon Macham, expressed deep shock over the death of former Chief of Defence Staff.

Governor Lalong while reacting to the death of Gen Dogonyaro said Plateau State and the nation has lost a patriotic and loyal Nigerian who served with courage, dignity and selflessness.

He recalled the achievements of late Gen Dogonyaro during his career in the Army where he held several command positions and accomplished his assignments with tremendous success.

According to the Governor, “Plateau State has lost an elder statesman whose outstanding achievements in his military career brought a lot of pride and honour for the state. The commitment of the deceased towards the defence of Nigeria’s territorial integrity as well as ensuring its peace and unity stood him out as a soldier of repute whose professionalism continues to inspire many younger ones.”

Lalong also said his outstanding leadership in the course of Nigeria’s contributions to international peacekeeping efforts, particularly when he served as ECOMOG Field Commander in Liberia remains a reference point to the gallantry of the Nigerian Armed Forces.

In his reaction, the former governor of Plateau State, Senator Jonah Jang, also described the deceased as a colossus and a man of peace.

FULL TEXT: A viral post on WhatsApp is asking N-Power candidates to verify the status of their application and see if they have been shortlisted for the batch C cash grant…Plateau mourns as former Chief of Defence Staff dies at 80