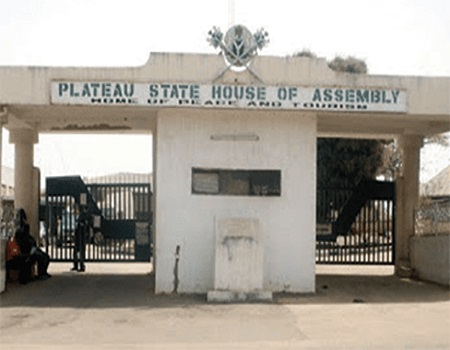 Plateau State House of Assembly has suspended chairmen of Kanam, Wukdong Abbas and Isaac Kwalu, of Quan pan Local Government Areas for their refusal to appear before the house over issues that have to do with the running of the councils.

The Speaker of the House Hon Abok said the suspension was as a result of the flagrant refusal of the chairmen to appear before the House regarding some allegations against them which the House felt it might affect the running of the Local Government Areas.

“We are lawmakers, the House can’t give instructions and are not adhered to. So in this regard the two Council Chairmen Stands Suspended for three months and should handover to their deputies,” he said.

A member of the House who spoke with Tribune Online on condition of anonymity said the chairmen had an issue with their councillors in their respective Local Government Areas which led the suspension of the councillors and non-payment of their salaries and other entitlements.

He said the Councilors collectively petitioned the House and the latter after examine the matter directed the chairmen to lift the suspension with immediate effect and pay up their salaries and other entitlements.

“These chairmen refused to lift the suspension and pay their salaries as directed by the House and also did not honour the invitation to appear before the House. That is why they were suspended today for three months,” he said.