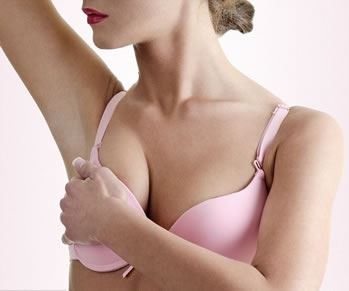 Adesina gave the warning on Thursday, in Ilorin, at Al-Hikma University, Ilorin, as the foundation embarked on cancer awareness campaign across secondary and tertiary educational institutions in the state.

The gynaecologist said women should stop the practice of saving money in their brassiere because the money had passed through numerous dirty hands, saying it was dangerous.

According to her, the mere chance that they are created females with breast has already predisposed them to having breast cancer.

She, therefore, urged women not to create problems for themselves, as placing money around the breast or any other part of the body was dangerous.

Adesina, who said that Nigeria still faced high burden of breast and cervical cancer cases in women, listed the risk factors of breast cancer to include age, race, gene or family history and menstrual and reproductive history.

She said that the common types of cancer in the country included breast, cervix, ovary, colorectal and uterus.

The News Agency of Nigeria (NAN) reports that the programme featured aerobics, self breast examination tutorials and questions and answers session for the students.

She noted that “most cancer cases in Nigeria reach advance stage before being brought to medical attention.”

Earlier, Mrs Bukola Akinleye, the Director, Special Project of Leah, told students of Queen Elizabeth Secondary School, in Ilorin, to always embark on self examination for any abnormal changes in their breast.

Akinleye advised them to report any abnormality such as distended nipple, change of colour, fluid discharge and boils or lumps in the breast.

She warned the girls against early sexual activity, saying it predisposed them to cervical cancer.

She explained that it was men that carried the Human Papilloma virus that causes cancer of the cervix.

6 ways to make Naira last longer in your pocket