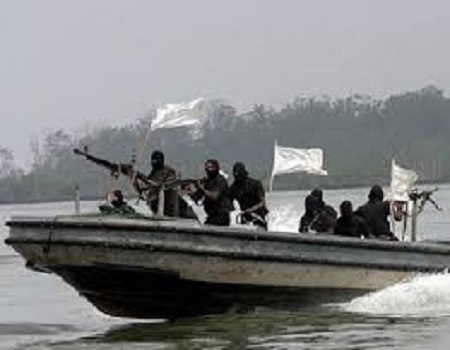 IN the last one month, pirates have unleashed terror on passenger speed boats plying the Bonny, Okrika, Bille, Andoni, Kula and Ogoni river waterways in Rivers State, killing security operatives in the process and carting away personal belongings of boat passengers, including taking away boat engines during such attacks.

Disclosing this to the Nigerian Tribune on Wednesday via telephone interview, was a member of the Trustee of the Maritime Workers Union of Nigeria (MWUN), Comrade Harry White, who wondered what had happened to the gunboats recently procured by the Rivers State government to tackle maritime crimes.

White said: “In the last one month, speedboats plying our waterways have been subjected to increased robbery and killings. Many security operatives have lost their lives during these attacks.

‘From Bonny to Okrika waterways, down to Kula river, Bille river, Andoni river and Ogoni river, it’s been hell for waterways users in the last one month.

Some security personnel and even civilians were killed four days ago in Bonny river because they resisted attack. After the killing, the robbers took away the personal effects of the boat passengers and also took away the boat engines.

After robbing the boat passengers of their belongings, they pushed the passengers into the mangrove and left.

“This has been reoccurring in the last one month and we need security operatives to come to our aid.

“Just of recent, the Rivers State government bought some gunboats to tackle maritime crimes. Where are the gunboats? And why are they not being deployed for effective use?”