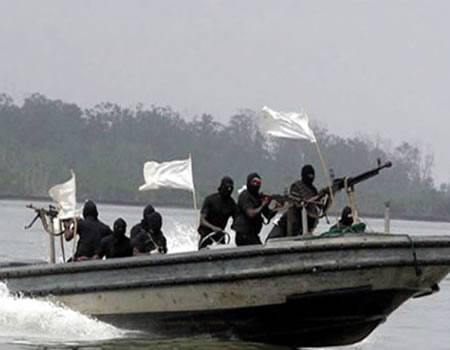 Three crew members of the Nigeria-flagged tanker vessel, Preyor 1 were recently kidnapped by suspected pirates at Opobo river mouth, some 27 nautical miles off east of Bonny, Nigeria. This is even as the abductors have placed a ransom of N10 million (around $25,000) on the abducted trio.

According to Praesidium International, “At the time of the attack, the Nigerian flagged Preyor 1 managed by Marine Energy & Investment, a Rivers State firm, was carrying Automotive Gas Oil (AGO) from Lagos State to Calabar, sailing very close to shore.

“Perpetrators managed to board the ship and kidnap three men–the captain, the chief engineer, and the cook, likely all being Nigerian nationals. The crew then notified local authorities who deployed NNS Jubilee, a Nigerian Navy ship, to provide support.

“Following the incident, the tanker sailed to Uta-Ewa in Ikot Abassi with the assistance of a local pilot to avoid grounding in the shallow waters of the area.

“According to local sources, a ransom of N10 million (around $25,000) has already been requested for the abducted seafarers.

“The attack was allegedly carried out by members of local groups usually operating in the area’s inner waterways. Last January, upstream Opobo River, a Joint Task Force houseboat was targeted by armed men. Additionally, in early June 2019, three Lebanese nationals were kidnapped in the same area of Opobo river mouth.”