•Even the President couldn’t have singularly approved the contract, he says 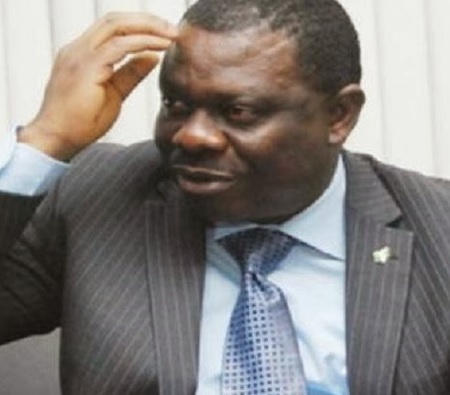 A former Attorney General of the Federation and Minister of Justice, Mr Michael Aondoakaa, has said that the January 2010 Gas Supply and Processing Agreement (GSPA) between Nigeria and Process and Industrial Developments Ltd (P&ID), the repudiation of which resulted in a London court ruling that P&ID could seize $9.6billion assets of Nigeria, was not approved by the Federal Executive Council (FEC).

Aondoakaa, who was the Minister of Justice and Attorney General of the Federation between 2007 and 2010, said this on Monday while featuring on Channels Television programme, Sunrise Daily.

According to him, “As the Attorney General, I should have known about the contract but the first time I heard about it was when I read it in the newspapers. A contract of that magnitude is not something you sign in an office, not even the President has the power to unilaterally approve such a contract without recourse to the Council (FEC).”

The former attorney general said he suspected that the contract was steep in corruption and called on the Federal Government to file corruption charges against the company and its Nigerian collaborators.

He argued that if fraud could be established, it would vitiate the judgment against Nigeria.

He explained that since the management of P&ID initiated the contract through a proposal, the proposal should have been considered by the Infrastructure Concession Regulatory Commission (ICRC), through which it would get to the FEC for deliberation and subsequent action.

Aondoakaa said the company could not claim ignorance of the law because it had a responsibility to find out what the law stipulated before signing the contract.

He added, “This happened in secrecy. I contacted the DG of the Infrastructure Concession Regulatory Commission and he was also shocked. Everything that is coming to us now is shocking. Ignorance of law is no excuse. If you are a foreign company coming to Nigeria, you ought to know the law. You ought to know if the contract was appropriated in the budget.”

The former AGF counselled the government not to enter into any negotiation with the company, saying doing that would confer legitimacy on the process.

He said, “If you are alluding to fraud, you cannot negotiate at the same time with them.”

Aondoakaa’s position is in tandem with that of the Central Bank of Nigeria (CBN) governor, Mr Godwin Emefiele, who described the contract as fraudulent.

Speaking at a press conference in Abuja last week, Emefiele said P&ID did not invest any money on the contract in Nigeria.

According to him, “We have heard and also read in some media that P&ID or the contractor, in this case, had mentioned that it had invested close to about $40m in the project.

“On our part as the Central Bank of Nigeria, we note that P&ID is a foreign company.

“As a foreign company, if you are investing either in a contract or a project in Nigeria, there are various options you will adopt in bringing in your investment.

“If you are bringing in machine or assets to execute your contract, then in this case you will fill Form M and also collect a certificate of capital importation to prove that you actually brought in money.

“We have gone through our records, we do not have any information in our records to show that this company brought in one cent into this country and we have accordingly written to the Economic and Financial Crime Commission and the Intelligence Department of the Nigeria Police that are currently investigating this matter.”