• Demand increase in company contribution to 5% 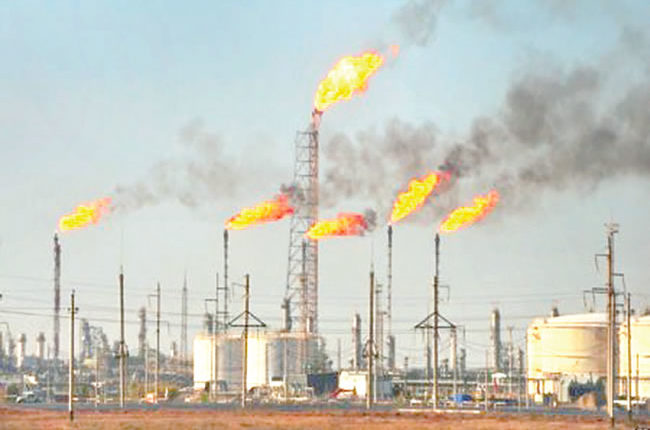 Stakeholders in host communities of the Niger Delta Region have demanded ownership and control of the host communities trust funds proposed in the Petroleum Industry Bill (PIB) for the development of oil-bearing areas.

The stakeholders also demanded an increment in the contribution of 2.5 percent of the Operating Expenditure (OPEX) of companies to five percent even though they expressed concerns that the proposed funding is subject to manipulation and discretion by the entities.

The host communities, however, noted that the PIB failed to address the fate of impacted communities, especially those that suffer the consequences of gas flares and other environmental damages and demanded that this lacuna be provided for before the passage of the bill.

These were some of the highlights of a communiqué issued at the end of a Host Community (HostCom) colloquium organized by OrderPaper Advocacy Initiative in Owerri, the Imo State capital during the weekend.

The communiqué, which had 10 resolutions, was endorsed on behalf of participants drawn from oil-bearing areas by the Pan Niger Delta Forum (PANDEF), Federation of Ethnic Nationalities of Niger Delta (FENND), and Stakeholder Democracy Network (SDN), among a dozen other group representatives of host communities.

While stating that the PIB “should be designed as a tool for resolving development challenges rather than as palliatives to host communities,” the stakeholders said the PIB “must clearly define what constitutes “host” and “impacted” communities, rather than leave that to the discretion of the companies.”

On the question of ownership, the stakeholders said the bill “should make it compulsory for members of the board of trustees of the trust to come from host communities and give communities a stronger role in the selection process, financial management and administrative procedures of operating the trusts.”

They also said “needs assessment, monitoring and evaluation for projects and programmes should be jointly conducted by both the communities and companies,” and that the PIB “should clearly set out timelines for implementation of projects and penalties for defaulting companies.”

They further said the PIB should “adopt clearly defined incentive-based measures for the protection of oil and gas assets rather than current punitive measures that leave wide room for abuse,” and that “the contribution of companies to the Trust Fund should be increased from 2.5% to 5% of OPEX.”

On the legislative process which has seen the PIB gone through second reading in the Senate and awaiting consideration in the House of Representatives, they said “the National Assembly should consult widely with host communities in the current process of passing the PIB to deepen ownership of the resulting legislation. This would include visits to host communities by the committee members and holding some of the public hearings on the bill in the oil-producing Niger Delta region.”

They further demanded that “members of the National Assembly from the Niger Delta region have a responsibility to make granular consultations with their constituents and record their positions accordingly during debate and voting on the Bill.”

In terms of inclusiveness, the stakeholders said the “Bill should recognize gender dimensions in the development and constitution of host communities structures in line with the 2019 Extractive Industries Transparency Initiative (EITI) standard.”

The colloquium was declared open by the Deputy President of the Senate, Senator Ovie Omo-Agege, who, in his opening remarks, admonished that Nigeria must hurry to make the best use of its hydrocarbon resources now because, in a few years’ time, the world would move away from fossil fuel to emerging alternatives.

Participants were treated to expert presentations and a panel discussion before a robust interactive session led to the adoption of the communiqué.