(PHOTOS+VIDEO): Moment passengers came out to push plane on runway after tyre burst 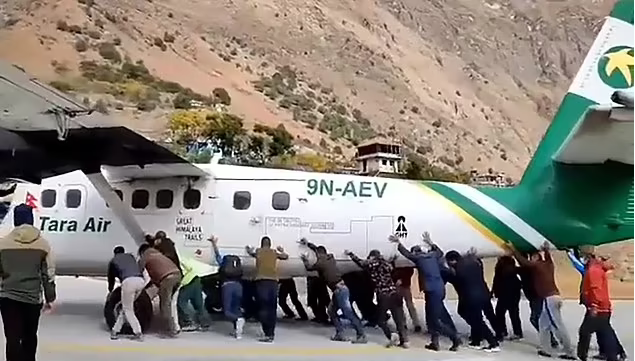 Passengers of a plane in Nepal had to get out and push the aircraft off the runway after one its tyres burst, the Daily Mail of UK reported.

Passengers on the 19-seater plane were filmed guiding the Tara Air plane to safety after it became stuck on the runway at Bajura Airport in Kolti last week. 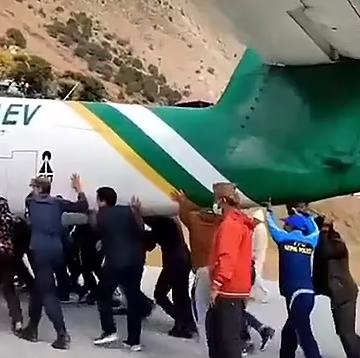 Airport officials also rushed to help the pilot as planes circled overhead waiting for the traffic to clear so they could land.

The De Havilland Canada DHC-6-300 Twin Otter plane was coming in to land when it had a tyre burst.

The pilot managed to touch down safely but the airport had no infrastructure to drag the plane off the runway, meaning the aircraft was stranded and causing a traffic jam. 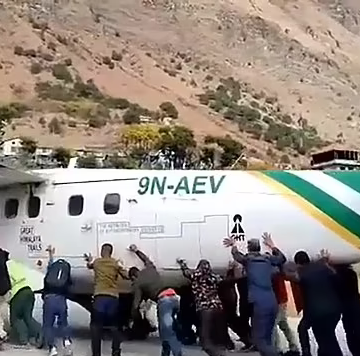 However, kind-hearted passengers were quick to react, pushing the plane off the landing strip as planes circled overhead.

(PHOTOS+VIDEO): Moment passengers came out to push plane on runway after tyre burst

Man sentenced to prison for stealing rice, spaghetti, cigarettes, noodles, others worth N4,560