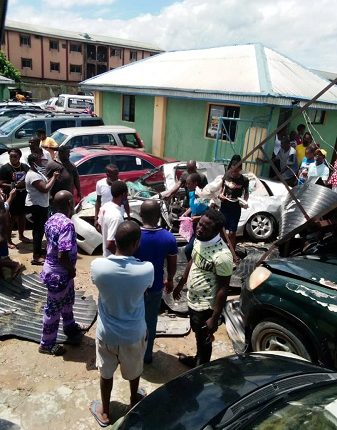 A water tank, belonging to a sachet water firm, has fallen on some cars directly opposite Igbudu Market in Warri South Local Government Area of Delta State. 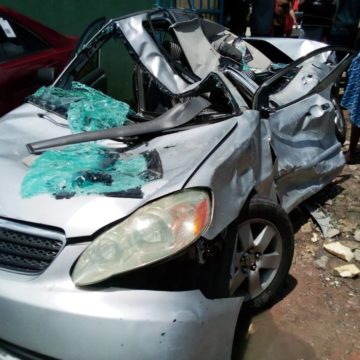 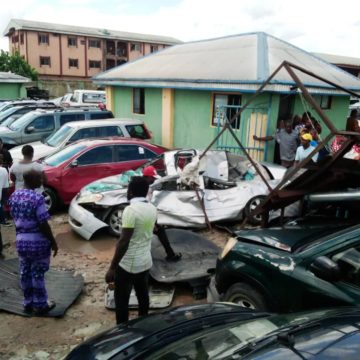 A yet-to-be-identified woman, who was inside one of the cars, sustained injuries and is said to be undergoing treatment in an undisclosed hospital. 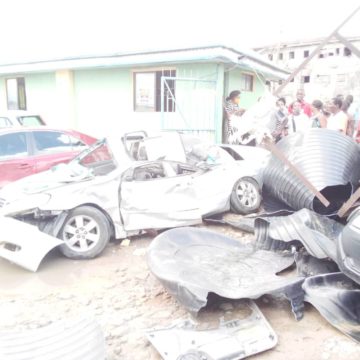 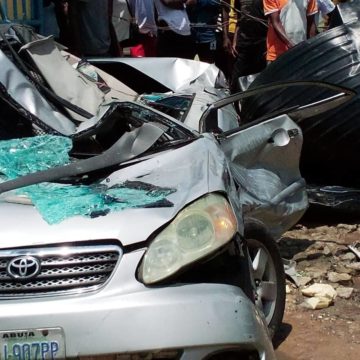 An eyewitness, who spoke with Tribune Online, said the incident happened a couple of minutes ago.

“This happened an hour ago at a car park, just opposite Igbudu market junction, there is a pure water company

“The car was coming into the park, when the water tank landed on it, inside the car was a woman, she’s undergoing medical attention at a nearby hospital to the market,” the source disclosed.

As of the time of filing the report, scores of sympathisers were seen discussing in low tunes in anticipation of the outcome of the victim’s health status.

The plastic overhead tank is believed to have weakened over time only to collapse at the very time the woman was driving in to park her car.

Besides the car being damaged beyond possible repairs, pieces of the black water tank were seen lying on the ground.

Access to the pure water company, which owns the water tank, was not granted as of the time of filing the report.

Financial autonomy: Buhari has given us best Sallah gifts ― Obasa, Chairman of Conference of Speakers