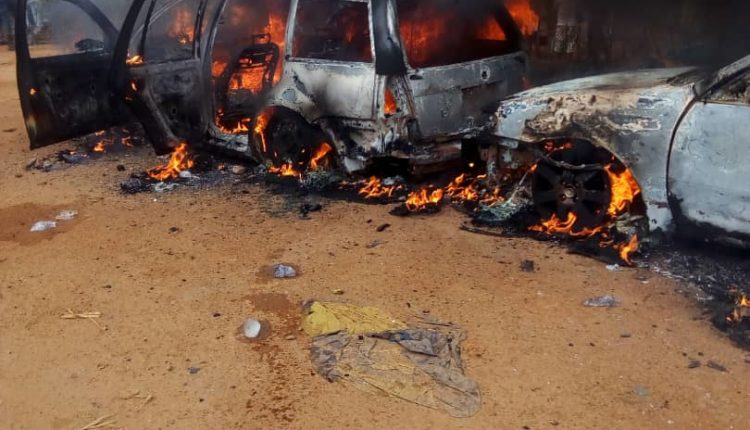 No fewer than two persons died when a fuel-laden tanker went up in flames at Moniya area of Ibadan, the Oyo State capital, on Friday. 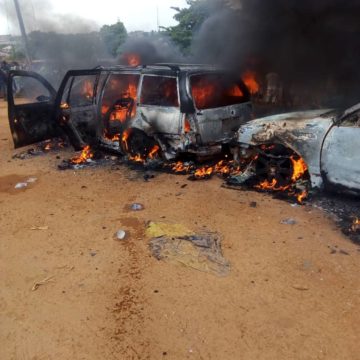 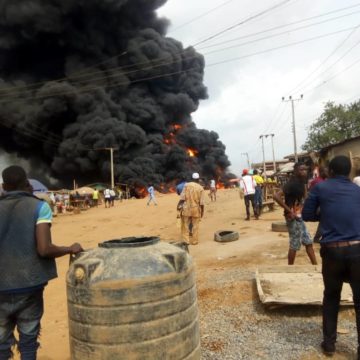 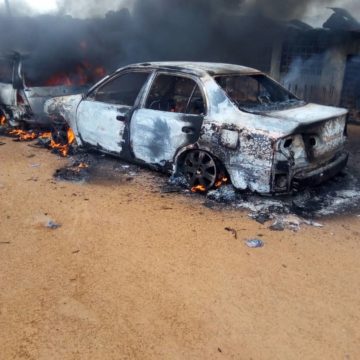 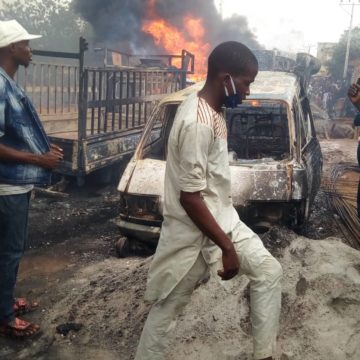 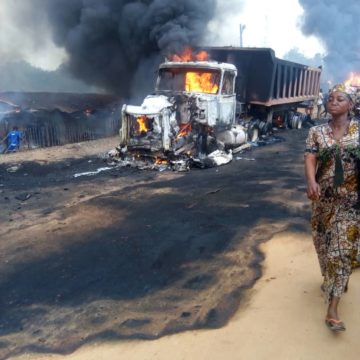 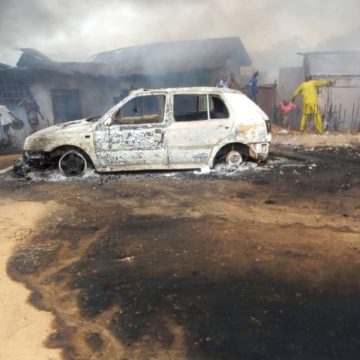 The tanker conveying diesel lost control while descending the slope beside a filling station at Moniya, crushing a vehicle travelling to Ogbomoso.

It was all commotion as commuters, traders and residents in the area scampered for safety from the flames after the tanker caught fire.

One of the eyewitnesses, who gave his name as Tunde Adedayo, said men of the Oyo State Fire Service arrived at the scene about 35 minutes after the fire started.

“There was a loud blast which was followed immediately by huge ball of fire with thick cloud of smoke. It kept touching everything on its way.

“No one could move near the fire. Everybody was scampering for safety,” Adedayo said.

On response to the distress call, Chief Fire Officer, Oyo State, Adewuyi Moshood, said his men arrived at the scene in good time considering the distance they needed to cover to get to the spot.

“The fire started when a fully laden tanker conveying diesel lost control while descending the slope beside a filling station at Moniya. There was brake failure and it crushed a vehicle going to Ogbomoso.

“One passenger, who was trapped in the vehicle got burnt. One other life was lost,” Adewuyi said.