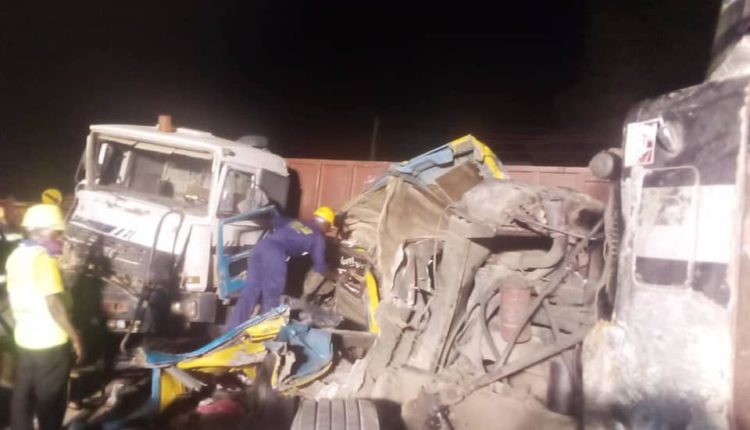 Two female passengers lost their lives while seven other passengers including a child were rescued with various degrees of injuries when three trucks and a tanker crushed a passenger bus in the Anthony inward Gbagada area of Lagos State, the Lagos State Emergency Management Agency (LASEMA) announced on Wednesday. 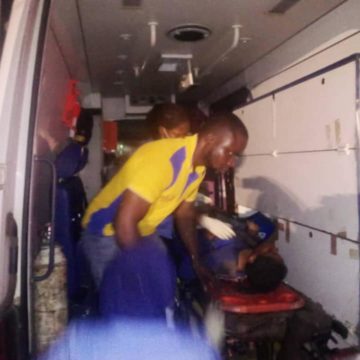 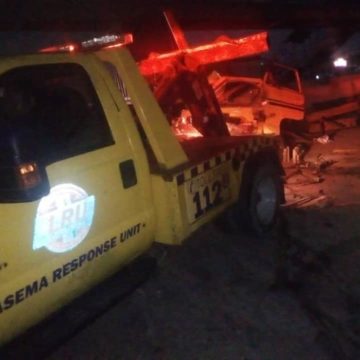 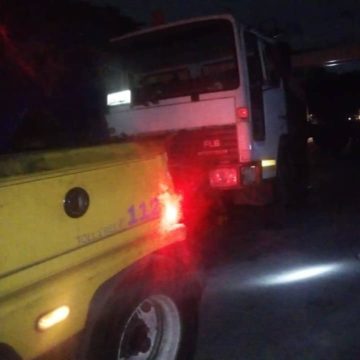 According to a statement by the agency, during the rescue efforts, six adults, comprising three males and three females and a child were rescued with various degrees of injuries while two adult females lost their lives in the incident.

According to the statement by Dr Femi Oke-Osanyintolu, the Director-General of LASEMA: “The agency received a distressed call on Tuesday night September 1st, 2020 of a multiple truck accident at Anthony inward Gbagada which operation lasted till this morning, Wednesday, September 2, 2020.

“The LASEMA Response Team, Cobra Squad at Onipanu and all key Primary stakeholders/responders were immediately activated to the scene of the incident.

“However, the bus was extricated open with the aid of the agency’s light rescue equipment where six adults (3 males and 3 females) and a child were rescued alive with different degree of injuries and were given first aid treatment by the agency’s paramedics before being subsequently taken to Gbagada General Hospital by LRU Ambulance and LASAMBUS but unfortunately two adult female lost their lives at the scene of incident.

“In addition, the dead victims were bagged by the LRT and handed over to SEHMU at the scene of incident while the accidented vehicles were recovered off the road with the aid of the Agency’s heavy-duty equipment and handed over to the Police officers from Pedro Division.”

Politician, others offended by my husband should forgive him ― Adedibu’s widow