The presentation of a book marking the platinum celebration of Tribune newspapers titled “70 years of progressive journalism the story of Nigerian Tribune,” held on Friday at the Conference Centre, University of Ibadan (UI).

Apart from the book presentation, the event, also feature the platinum recognition for deserving Nigerians.

The programme, which was also part of the activities marking the 70th anniversary of the African Newspapers of Nigeria Plc was chaired by Emeritus Prof Oladipo Akinkugbe.

Aare Afe Babalola, SAN, was the chief presenter of the book, while the royal father of the day was the Alaafin of Oyo, Oba Lamidi Adeyemi and the Olubadan of Ibadanland, Oba Saliu Adetunji was the royal host.

Among the people recognised are the leader of the Afenifere, Chief Rueben Fasonrati, a former chief of army staff and defence minister, General Theophilus Danjuma and a former Secretary to the State Government (SSG), Oyo state, Chief Michael Koleoso.

Others are a former governor of Ogun State, Otunba Gbenga Daniel, and the Chief Executive Officer (CEO) of Oodua Group, Mr Adewale Raji.

Below are the photographs of the event: 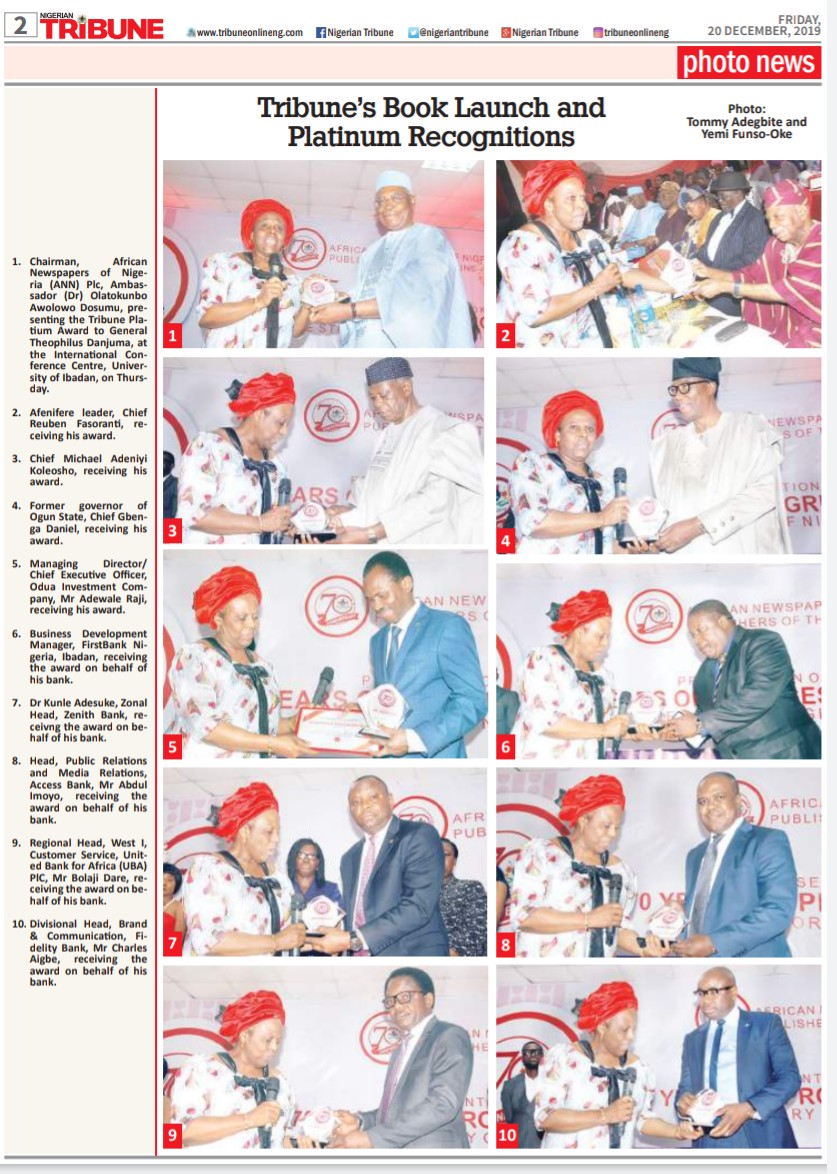 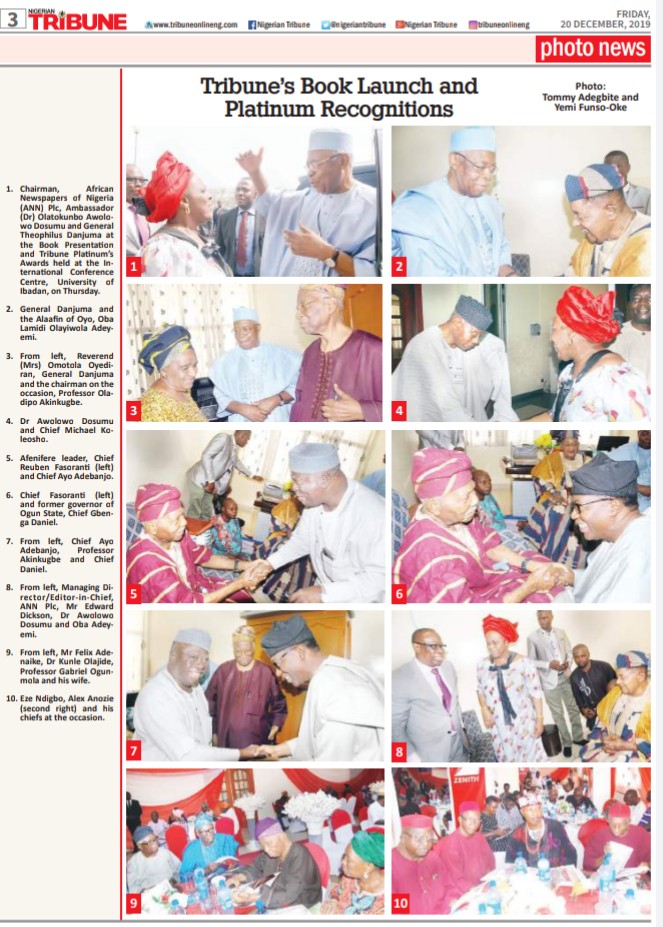 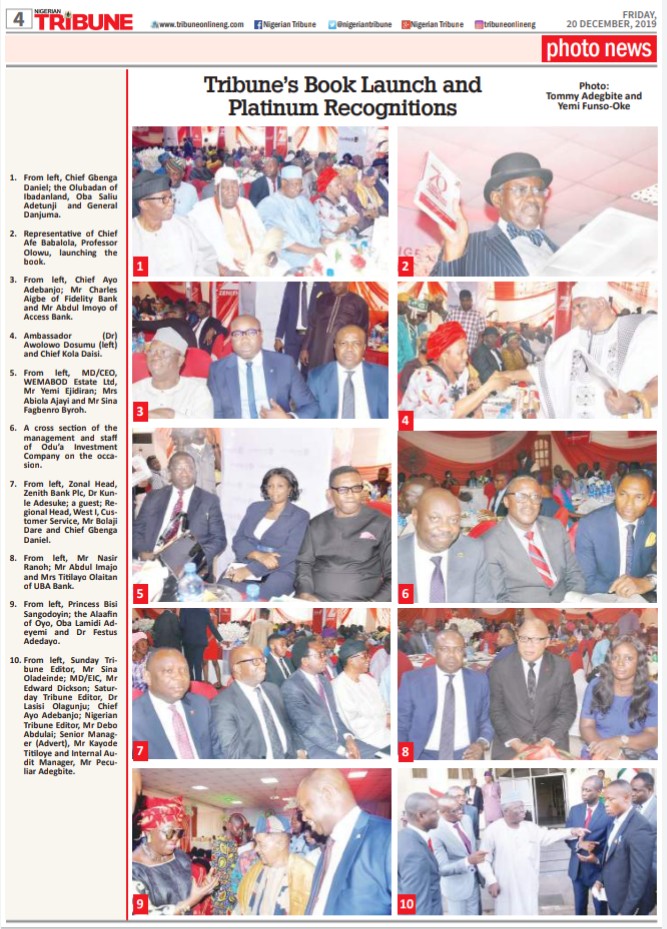