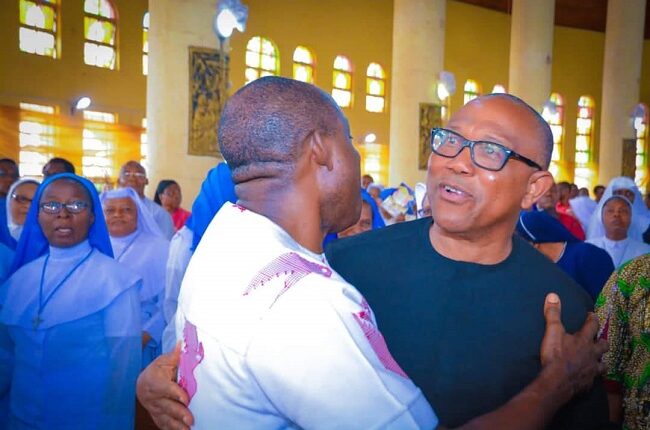 Anambra State Governor, Chukwuma Soludo, and the presidential candidate of the Labour Party, Mr Peter Obi, embraced each other at the St. Patrick’s Cathedral Awka, on Thursday, during the thanksgiving mass organised in the honour of the Bishop of the Diocese, Most Rev. Paulinus Ezeokafor.

This is coming days after Soludo wrote a report criticisng Obi and his presidential aspiration. 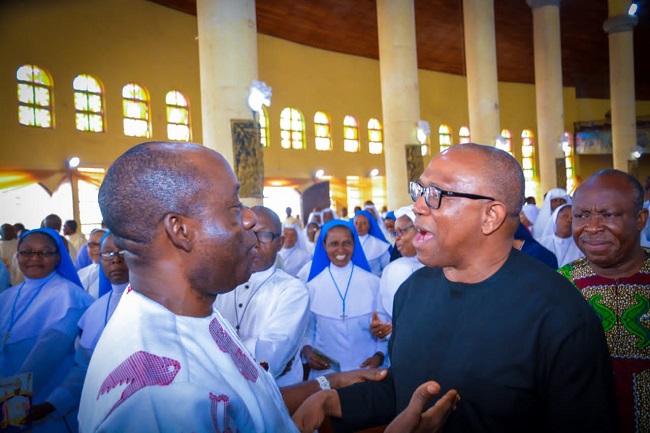 Nigerian Tribune gathered that Ezeokafor is marking his 70th birthday at the event.

According to the statement from Soludo’s Press Secretary, Mr Christian Aburime, the governor was the person who stood and went to where Obi was seated to greet and welcome home the former governor of the state.

“Before the mass started, he stepped out from his pew and walked over to where the former governor, Mr. Obi, was seated to greet him, welcoming him to the capital city. 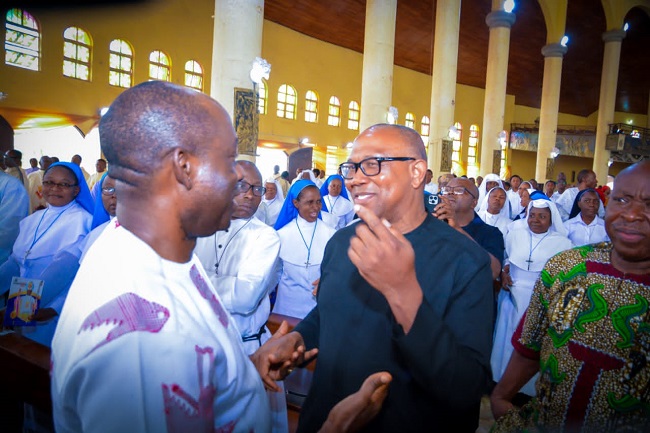 Soludo, it would be recalled, had on November 14, 2022 released a letter he entitled part 1, in which he stated among other things, that Obi would fail the election despite his mammoth of supporters across the nation.

President Muhamadu Buhari has charged trade unions, especially ASUU to shun the weapon of strike action as a tool for pressing home demands…

It is commonly said that where two elephants engage in battle, the green grass under them will definitely suffer a lot. The incessant relocation of workers in Nigerian banks to foreign countries in the quest for greener pastures has caused serious setbacks in the banking sector in recent times…

When your name determines your life

A name represents identity, a deep feeling and holds tremendous significance to its owner – Rachel Ingber. Integrity: A name is the blueprint of the thing we call character. You ask, what is in a name? I answer, just about everything you do – Morris Mandel (1911-2009), American educator and journalist…

Childbirth remains a persistent risk in Africa ― WHO