PHOTOS: Movement to Ode-Itsekiri for Olu of Warri coronation begins 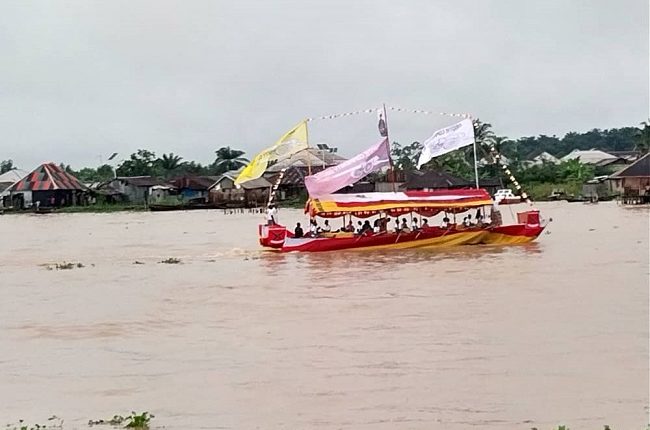 Scores of Itsekiri people from all walks of life have begun massive movement via boats and large barges to Ode Itsekiri, the ancestral home and venue of the Coronation of the 21st Olu of Warri, Omooba ‘Tsola Emiko today.

Most of the movements are from jetties at the popular Warri Club.

Operatives of the Nigerian Navy Ship (NNS DELTA), Warri Naval Base were seen patrolling the waters with their gunboats. 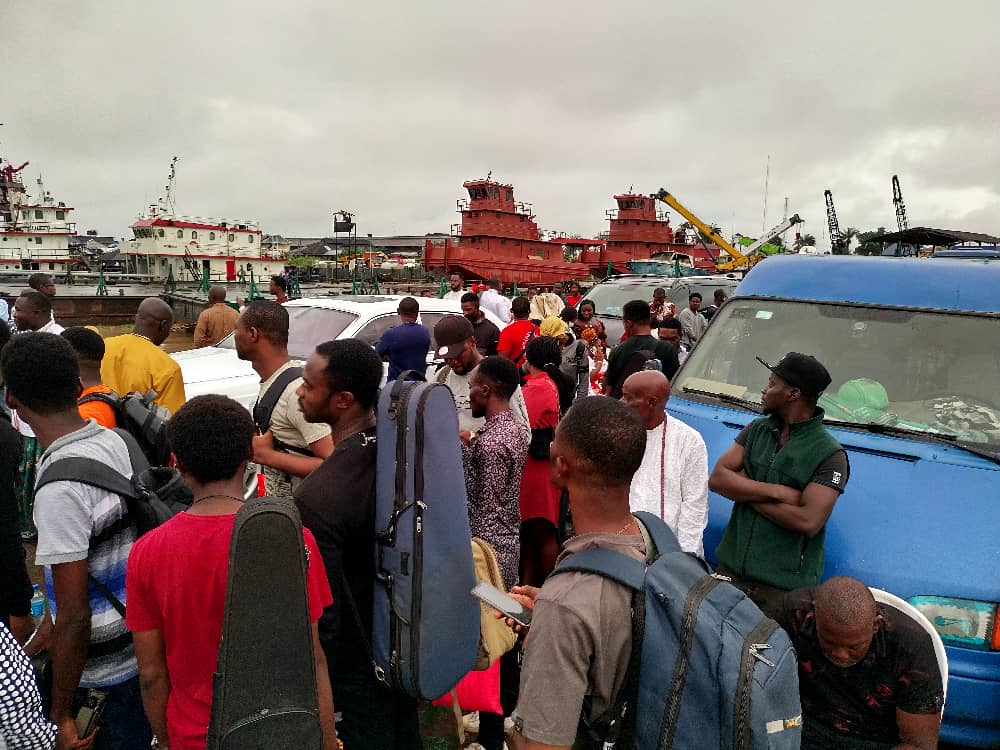 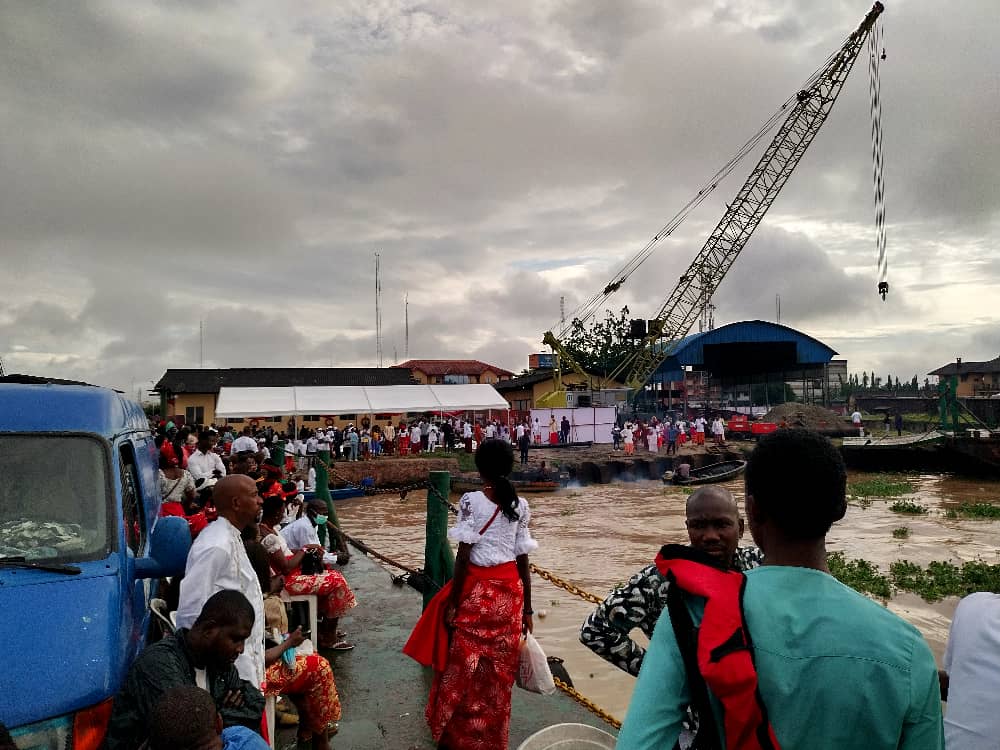 On land, operatives of the Delta State Police Command are on the ground with sister security agencies controlling traffic and providing security along the busy Warri-Sapele Road.

As of the time of filing this report, a large barge is at the Warri Club adjoining jetty loading both humans and vehicles including a Rolls Royce for onward movement to Ode-Itsekiri.