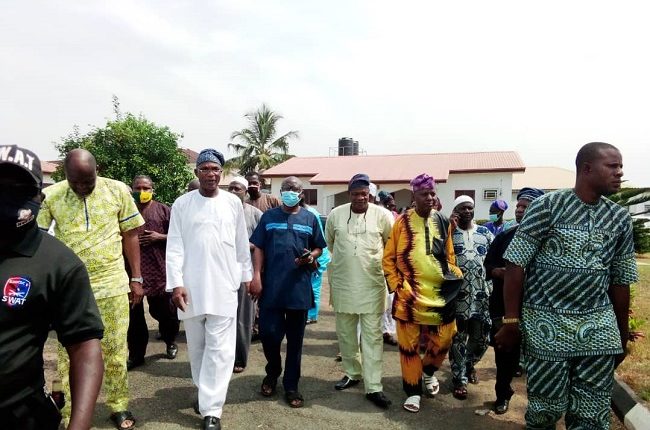 Hundreds of sympathizers on Friday thronged the residence of late Senator Bayo Salami who died of COVID- 19 at New York on Thursday afternoon.

Many of the sympathizers who had arrived at the residence located at the GRA of the government House area of Osogbo, Osun State were drenched with tears after weeping uncontrollably to mourn the departed soul.

Personalities from all walks of life also paid their last homages to the residence of the deceased to associate and commiserate with the bereaved family.

Some of the personalities sighted at the home of the deceased that once represented Osun Central Senatorial District were the former Secretary to the Osun State government, Alhaji Moshood Adeoti, an Osogbo based business mogul, Chief Tunde Badmos; Former National Vice Chairman of the Peoples Democratic Party (PDP) Southwest, Alhaji Tajudeen Oladipo and his wife; former Osun State Attorney General and Commissioner for Justice, Barrister Lanre Afolabi among others.

Also present at the mourning home were the Oloris of Ataoja of Osogbo land, representatives of Oludo of Ido- Osun, Alayemore, Oba Adeen Adedapo. 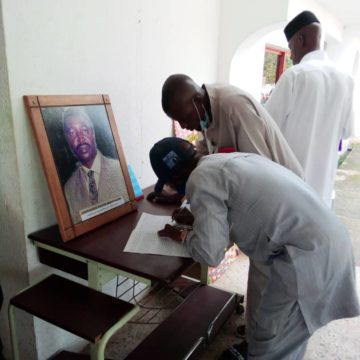 Speaking with Tribune Online, the former Secretary to the state government, described the departed soul as a never to be forgotten personality whose lifetime preached humility humanity and simplicity.

Adeoti stated that the deceased would always be remembered for his outstanding contributions to the development of humanities.

He, however, disclosed that late Salami died around 3.00 pm on Thursday at New York and that, Senator Sola Adeyeye was in his company when he died.

He further described the deceased as a person whose major preoccupation was the problem of the common man and prayed to God to forgive the deceased sin and grant his Aljanai.

“His death was sudden, his departure was a great loss but I  will always remember him for the legacies he left behind. He was a gentleman and highly religious and has contributed immensely to the development of his state and this country at large”.

The former SSG who reechoed the vanity of life, charged all and sundry to always get themselves prepared for death saying, if anybody tells him, Hon. Bayo Salami would die in twenty years time, he would contest it.

The firstborn of the deceased, Toyin Salami who received those who paid condolences to visit his late father’s house, described his father as a perfect gentleman and easy-going person while on the surface of Earth.

While speaking on one of his late father’s values, Toyin stressed that his father was a value adder person who always put smiles on the faces of people. 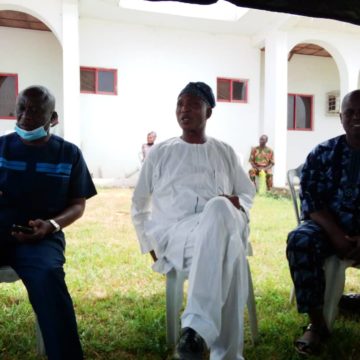 However, one of the family members who simply identified himself as Adebisi said, the deceased was 69 years of age before he finally went with the wind.

Meanwhile, condolence messages have been sent to the bereaved family.

In his condolence message, Osun state governor, Mr Adegboyega Oyetola, expressed sadness over the death of Senator Adebayo Salami, the Baba Adinni of Osogbo and chieftain of the All Progressives Congress, APC, in the State, who passed on Thursday.

Reacting to the news of the Senator’s death, Oyetola in a post on his official Facebook page, commiserated with the family of the deceased and the Muslim community in Osun.

The governor wrote: “Sad to learn of the passing of Baba Adinni of Osogbo and chieftain of our party, APC, Senator Adebayo Hamzat Salami. This is a huge loss, not only to his family and friends but to the people of Osogbo and Osun at large.

“My prayers and thoughts are with his family and the Muslim community in Osun. As we mourn Baba Adinni’s demise, I pray Almighty Allah to overlook his shortcomings, grant him a place in Aljannah Firdaus, and give the family and all those who mourn his demise the strength to bear this loss”.

Also, the Speaker, Osun State House of Assembly, Hon Timothy Owoeye has described the death of Senator Adebayo Salami as a big blow to the progressive family in Osun and Nigeria.

Owoeye in a statement by his Chief Press Secretary, Kunle Alabi to commiserate with the people of Osogbo stated that the death of the politician would definitely leave a temporary vacuum for the All Progressives Congress (APC) in Osogbo federal constituency.

Senator Adebayo Salami was elected Senator for the Osun Central constituency of Osun at the start of Nigerian Fourth Republic, running on the Alliance for Democracy (AD) platform in 1999.

He stated that Senator Salami’s wise counsels will be sorely missed by the people and government of the state as he regularly and willingly listened to leaders and always had good advice to move the progressive family forward in the state of Osun. 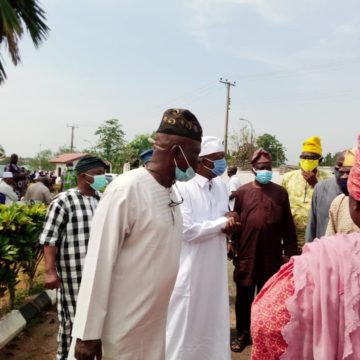 Owoeye also described the late Senator as a strong campaigner of progressive ideologies aimed at promoting a society that will make life meaningful for the masses.

The Speaker admonished that supporters and people of the state should take solace in the admonition of the scriptures that held that God is sovereign over life and death, “God holds the power of life and death in each one of us. It is appointed unto man once to die but after this judgement.”

“The death of Senator Salami is a big loss to Osogbo, the State of Osun as well as the entire progressive family. Salami’s contributions to the growth of Osogbo and Osun will be missed.

“Baba Salami’s death is sudden and shocking but with submission to the will of God which can not be questioned by we mortals.

“I commiserate with the Salami family, Osun Central senatorial district and Osun at large. I pray that God Almighty will receive the soul of the departed leader and comfort his family”. The Speaker stated.

Dr Ajibola Basiru stated this in a condolence message to the family of the deceased politician.

According to the Statement, Senator Bayo Salami was one of the pivots on which the progressives in Osun rested at the return of democracy in 1999.

“Senator Salami joined forces with the likes of Chief Bisi Akande, Asiwaju Bola Tinubu and others to entrench progressives politics in the Southwest and particularly, Osun.”

“He was a mercurial politician whose period in the Senate laid a foundation for subsequent senators from Osun Central. We have lost a political icon,” Senator Basiru lamented.” 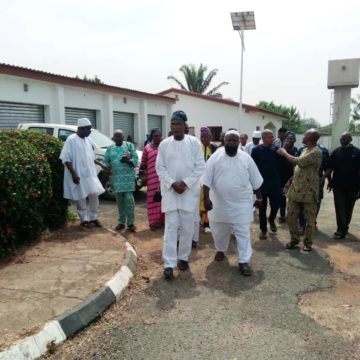 “He was member, Senate Committee on Public accounts, Power, Mines and Steel and Water Resources. He was reported to have breathed his last in a US hospital during a brief illness.

Sympathising with the immediate and extended families of Senator Bayo Salami and the Ataoja of Osogbo, Senator Ajibola Basiru prayed Allaah to accept the return of the deceased and give the family the fortitude to bear the loss”.

In his own message, the State Caretaker Chairman of the All Progressives Congress(APC), Prince Gboyega Famodun, has condoled with the Ataoja of Osogboland, Oba Jimoh Olanipekun and the entire sons and daughters of the city on the recently reported death of their illustrious and an iconic-political-figure son, Senator Bayo Salami.

Famodun said the reported sudden death of the senator was one demise, too many.

The Igbajo-born Prince hinted that he wished the information was not true as it was tragic and sudden.

The state APC boss described the departed senator as an illustrious son of Osogbo who had used his God-given endowments for the progress of the city and its environs.

He enjoined the Ataoja, sons and daughters of Osogbo to take heart and find solace in the religious saying that: “It’s God who giveth that also taketh.”

Famodun who described the death as a necessary end of all mortals stated that he was fascinated and convinced that the fallen senator successfully finished his own race in life.

In his words: “This evening news of the death of Senator Bayo Salami was too sudden and unexpected to believe. How I wished it was false! My heart ached when I heard the sad news.

“Death is a necessary end of all living things. It will come at God-appointed time.

“On behalf of my family and the entire members and leaders of our party in Osun State under my watch, I am extending my condolences to the deceased family, the Ataoja, friends, well-wishers, sons and daughters of Osogbo on the death of one of their illustrious sons, Senator Bayo Salami, in far away from the United States of America.

“May God grant you the fortitude to bear the irreparable loss and forgive the departed his inadequacies”, the Osun State APC boss prayed.