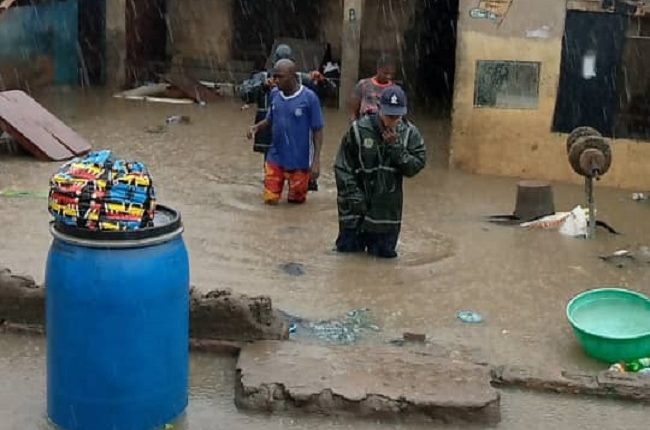 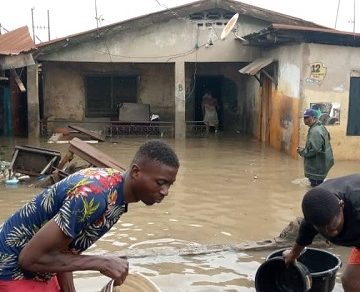 A mother and daughter were injured earlier today at 12, Hassan Adejobi Street, Papa Ashafa, Orile Agege, as a result of flooding at about 6:00 am.

Today’s floods which collapsed a fence on the 6 rooms bungalow boy’s quarters, was also responsible for dislodging occupants of a 10-room bungalow domiciled in the same compound when it was submerged.

Preliminary Report on the Flood/Partial Collapsed Building at Orile Agege has it that, “upon arrival of the Agency’s officials at the incident scene, it was observed that a fence fell on a bungalow boy’s quarters with 6 rooms located in the same compound with a 10 rooms bungalow that was submerged by water as a result of flood at about 6:00 am on Thursday, June 18, 2020. 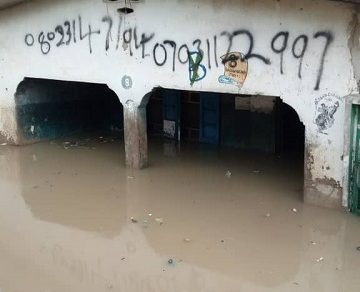 “It was further revealed to the Agency’s officials at the incident scene that two victims (an adult female and her female child) living in the affected building (boy’s quarters) sustained minor injuries and were taken to a hospital before the arrival of the Agency’s LRT. 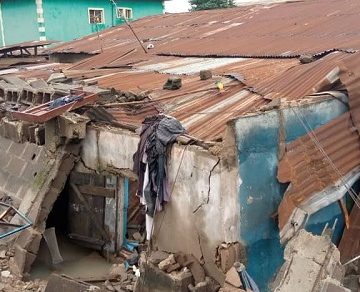 “Furthermore, the LRT conducted a post-disaster assessment of the affected areas and also sensitized the residents on general safety measures.”