PHOTOS: How Ajimobi was buried 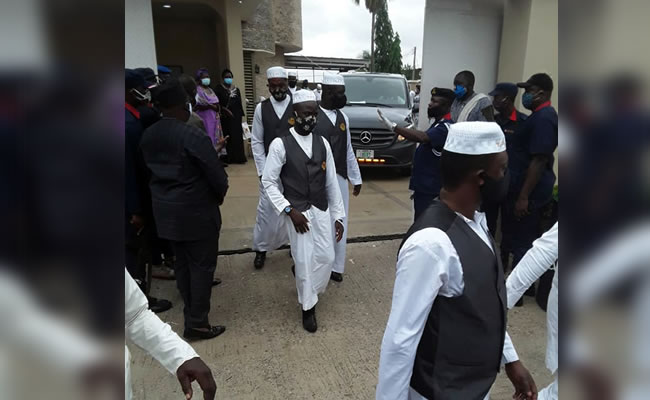 The remains of former governor of Oyo State, Senator Abiola Ajimobi, were on Sunday laid to rest at his Oluyole Estate residence.

The former governor was buried at 10.20 a.m. according to Islamic rites after his body was brought in from Lagos early on Sunday. 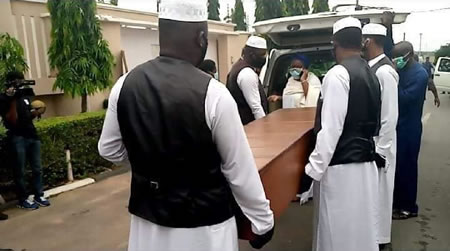 His burial was only attended by family members with some insiders so as to observe social distance laid by NCDC.