Latest NewsTop News
By Ebenezer Adurokiya - Warri On May 26, 2020 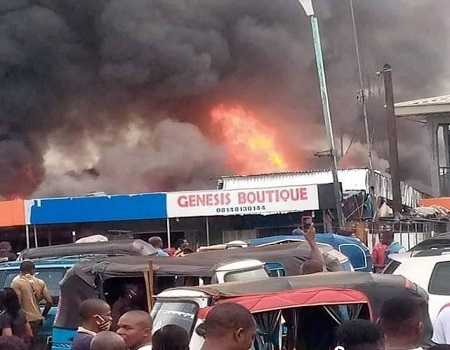 Fire has destroyed goods worth millions of naira at the popular multimillion naira Ogbe-Gonogo market in Asaba, the Delta State capital.

The fire which lasted for five hours engulfed a section of the market located in Oshimili South Local Government Area on Tuesday morning.

The source of the fire is yet to be ascertained.

Over 10 shops were reportedly destroyed in the wake.

Eyewitnesses told Tribune Online the inferno created panic as affected traders hurriedly tried to salvage some of their goods.

Men of the state fire service were said to have arrived late while the fire razed shops and goods.

Onovwakpoyeya said no casualty has been recorded yet.

Chairman of Oshimili South Local Government Area, Comrade Uche Osadebe said his team including security men are on the ground to monitor the situation. 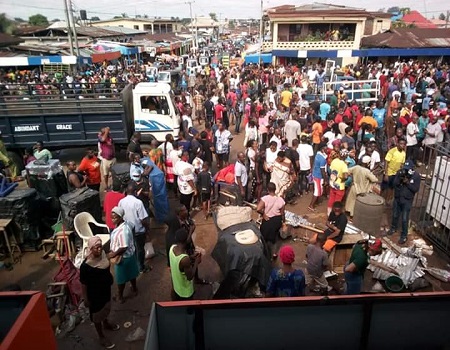 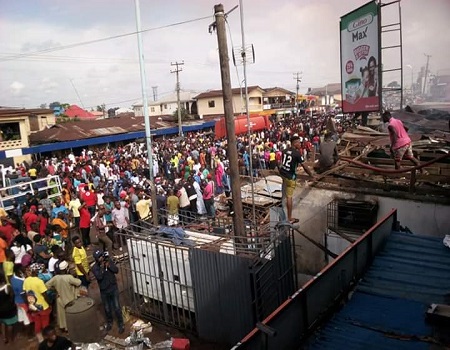 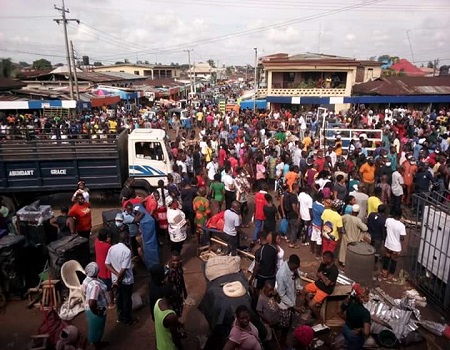