Scores of Human Rights activists, on Tuesday, stormed the Yellow House Headquarters of the Department of State Services (DSS), protesting against what they described as “the continued detention of the Publisher of the Sahara Reporter and Presidential Candidate of the African Action Congress (AAC), Comrade Omoyele Sowore and Olawale Bakare, another activist.” 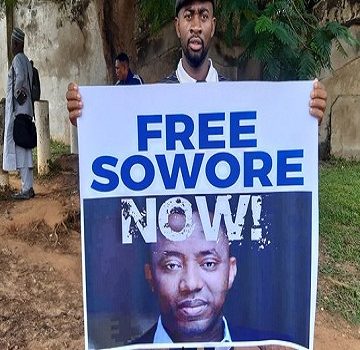 Addressing the Activists before the commencement of the protest, a Right Activist, Comrade Deji Adeyanju declared that there would be no going back on the protest until the duo were released unconditionally in line with the Court order. 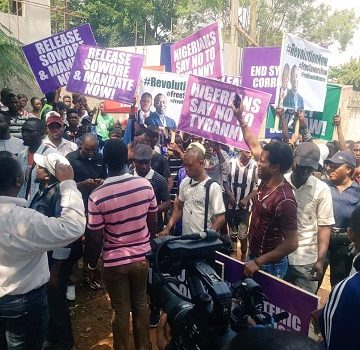 Comrade Adeyanju revealed that he was offered a sum of N1million which he displayed before Journalists to suspend the protest. 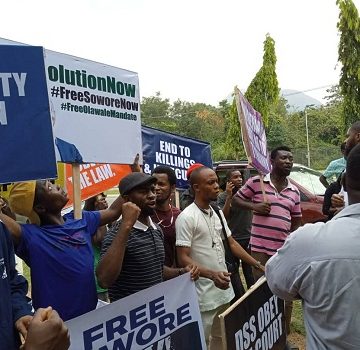 He alleged that the money was offered to him by a person he did not name at the gunpoint earlier in the day to call off the protest.

He, however, promised that the money would be handed over to Chief Femi Falana as parts of legal fees for the detained Activists. 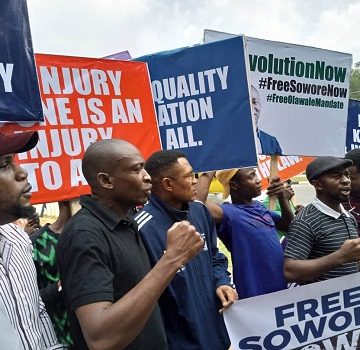 Following the development, security has been beefed up around the Aso Drive of the Asokoro District of the DSS Headquarters and there was heavy traffic presence in the area.

Safety of mother, only legal indication for abortion ― Medical Practitioner