A peaceful protest by members of the Joint Action Front against the hike in Petrol and Electricity by the federal government is currently ongoing at Yaba, Lagos State.

Recall that petrol is currently being sold for N162 per litre, a development that has caused outcry on social media as Nigerians tasked opposition leaders and organised labor to reject the developments with physical protest. 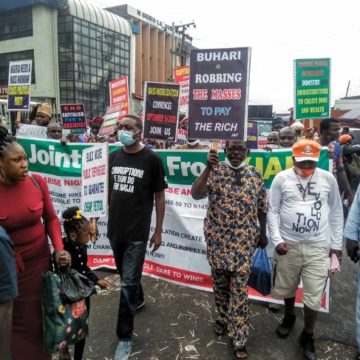 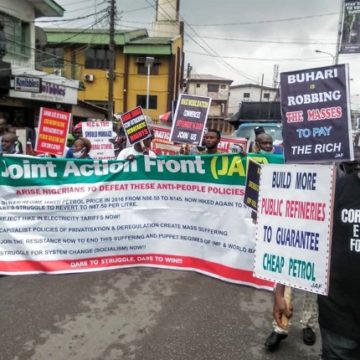 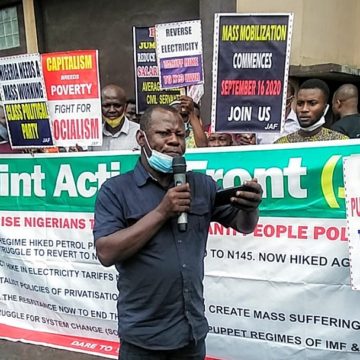 US visa ban: Akpoti lauds US initiative on election riggers