PHOTO NEWS: How another petrol tanker exploded on Lagos-Ibadan highway 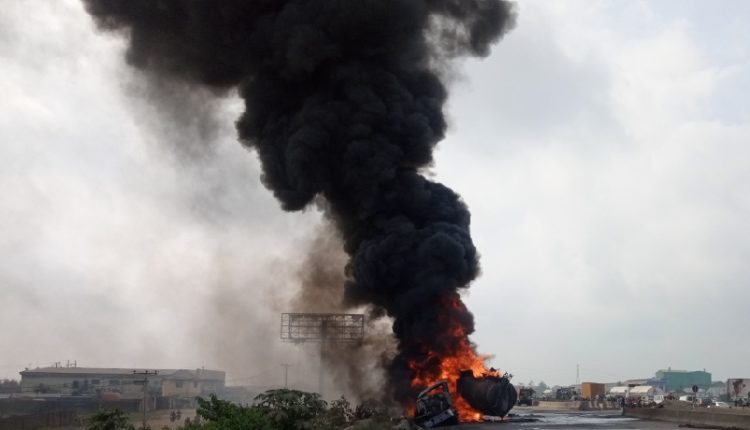 A fuel-laden tanker on Tuesday morning exploded on Lagos-Ibadan expressway, causing gridlock on the ever-busy road.

Tribune Online gathered that the accident occurred on the Magboro Bridge around 4:15 a.m., bringing traffic to a halt.

It was however not clear if there were casualties in the inferno which officials of the Federal Road Safety Corps (FRSC), police and firefighters have been battling to contain. 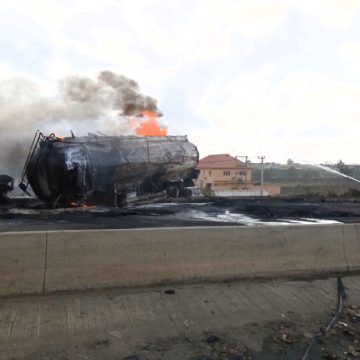 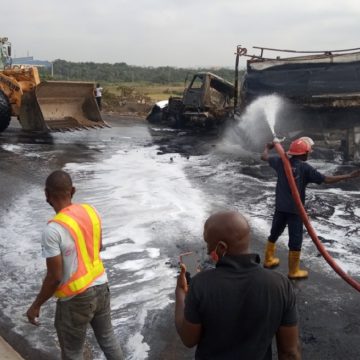 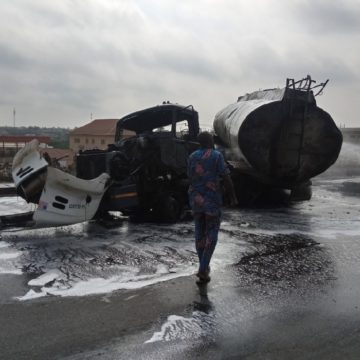 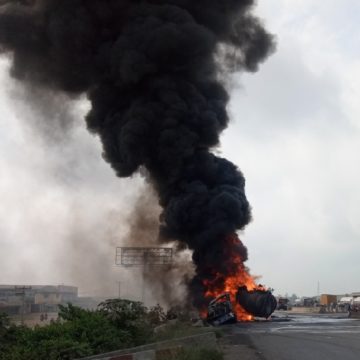 In a caution notice by the FRSC, motorists were urged to re-plan their trips or brace up for delays.

“The Federal Road Safety Corps wishes to advise the general public on the need for adequate planning of their trips for today for users of the Lagos-Ibadan Corridor.

“The tanker explosion on Magboro bridge on the outward Lagos section of the expressway which occurred at about 0415hrs in the early hours of the day, Wednesday 2nd December 2020 has called for the need to adjust one’s movement for the day.

“The fire is still burning and this means a total standstill situation of vehicular movement along the expressway.

“Relentless efforts are still being made to extinguish the fire by men of Fire Service backed up by men of other agencies around the scene of the inferno.

“We therefore advise the general public to have adequate planning for their trips for those who cannot cancel their planned journeys. We also advise that travellers who are bound to transit in and out of Lagos from the neighbouring state to explore alternative routes where necessary.

“All hands on deck to ensure that the situation is professionally managed and the road returned to proper use for the public,” said Corridor Commander, Kehinde Hamzat.