PHOTO NEWS: Evacuation going on at scene of helicopter crash in Opebi, Lagos 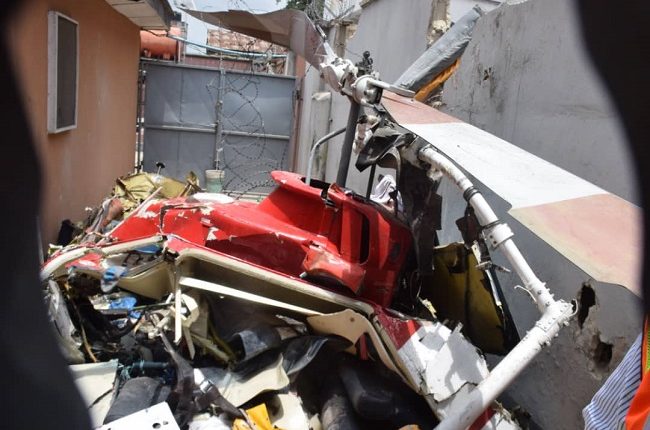 Following the helicopter marked HEL-BEL 206 with three people on board crashed into Opebi area of Lagos State, the evacuation of the helicopter and victims have begun.

The helicopter with registration number 5N-BQW was said to have originated from Port Harcourt for a yet to be disclosed mission and the identities of the three have been confirmed to be the crew members in a statement made available by Quorum Aviation company, the owner of the helicopter.

Below are the images of the ongoing evacuation:

Scene of a helicopter crash belonging to Quorum Aviation which crashed inside a building located at No 16 Salvation road Opebi on Friday in Lagos. 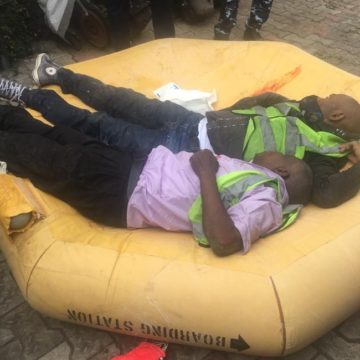 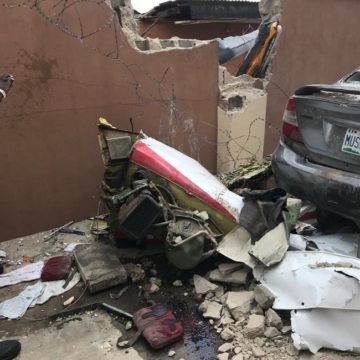 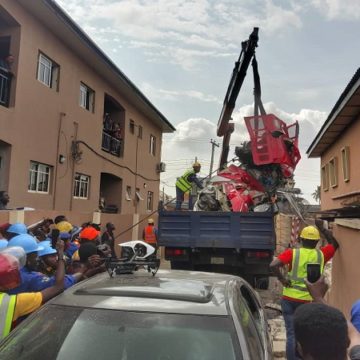 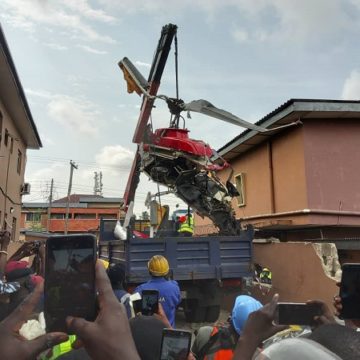 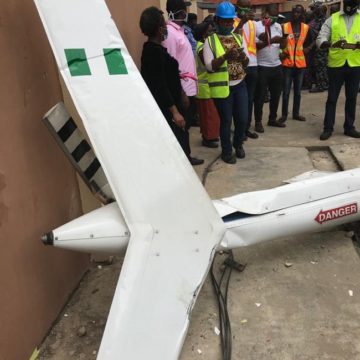 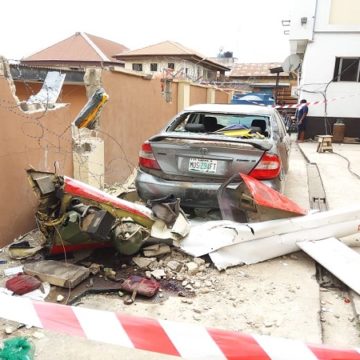 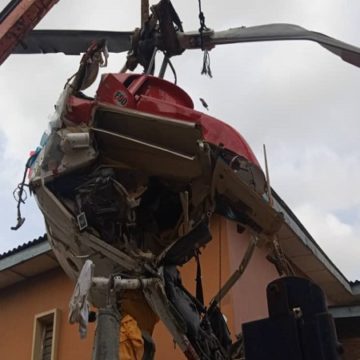 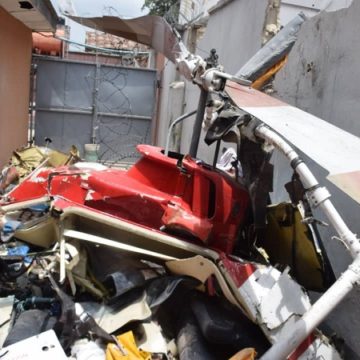 CBN Pegs Exchange Rate At 386/$
Central Bank of Nigeria (CBN) has pegged naira exchange rate at 386 units to the United States dollar as it plans to resume weekly forex sales to Bureau de Change operators from August 31. In a circular signed by O.S. Nnaji, director of trade and exchange department, the apex bank said its decision to resume FX sales to BDCs is to enhance accessibility to forex “particularly to travellers” since the resumption date for international…helicopter crash in Opebi helicopter crash in Opebi

Blasphemy: I Will Not Hesitate To Sign Death Warrant If Yahya Sharif Fails To Appeal, Says Ganduje
Kano State governor, Abdullahi Umar Ganduje, has said he would not hesitate to sign the death warrant passed on Kano-based singer, Yahya Aminu Sharif if he fails to appeal the judgment. This was just as governor Ganduje said the state government has accepted the judgement passed on Sharif and is ready to abide by it. However, the Nigerian constitution gives the right of appeal to Shariff…helicopter crash in Opebi

BREAKING: All three victims on board are our crew members ― Quorum Aviation company

‘Hit and run’ driver kills one in Kwara