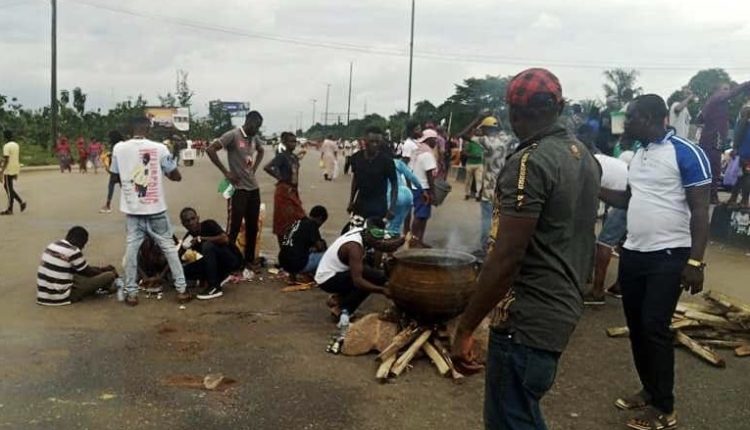 The #EndSARS protesters in Benin on Saturday introduced a new dimension to the week-long agitation as they turned parts of the Benini-Lagos expressway to cooking spots at the pedestrians bridge by the University of Benin Main Gate.

The protesters, who barricaded the ever busy road on bothe ends set up emergency kitchen spots on road and cooked all sorts of delicacies, which they share freely among themselves in a communal and carnivalesque way.

The food items and condiments were said to have been donated by an unnamed person, who is sympathetic to the course Tue youths are championing.

Though the activity led to a gridlock on the busy highway, the cooking spree and the communal sharing by the demonstrating youths in their hundreds, was pictorial enough and entertaining in context. 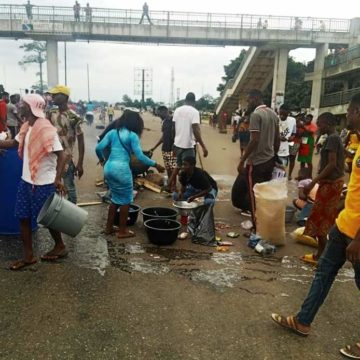 Meanwhile, Edo State Commissioner of Police, mr. Babatunde Kokumo, has ordered the homicide section of the State Criminal Investigation Department (SCID) to commence a full scale investigation into the immediate and remote cause of the Friday’s killing of a protester by gunmen around Ring Road, Benin.

The police boss vowed “to arrest the perpetrators of this dastardly act for prosecution in court accordingly.”

A statement issued by the Police Public Relations Officer, PPRO, Mr. Chidi Nwabuzor, said the police boss “commiserates with the family members of the deceased for his untimely death and pray to God to give them the fortitude to bear the irreparable loss. He however, appeals to the #EndSARS protesters to end the protest and patiently wait for the Inspector-General of Police, IGP Mohammed Abubakar Adamu to implement the Police reforms.”

The demonstrators, apart from blocking the stretch of the Benin – Lagos expressway beginning from the old toll gate end to Uselu Market, a distance of about nine kilometers, also blocked the Ring Road, making travelers and commuters alike to detour to inner streets routes to find their way into and out of the city and within the heart of the city. 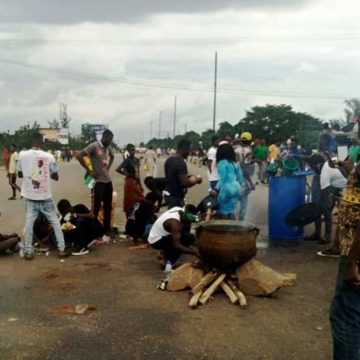 One of the protesters, Taiye Alao, told journalists that the protest had gone beyond the issue of #EndSARS.

“What we are asking for is not just end to SARS, we are saying Buhari must go, we are tired of his administration. The Buhari led government should resign, we need to fix Nigeria. We are we being oppressed in our own country, the politicians are oppressing us, we are in democracy and not democratic slavery, we can never be slaves in our own country”, he disclosed.