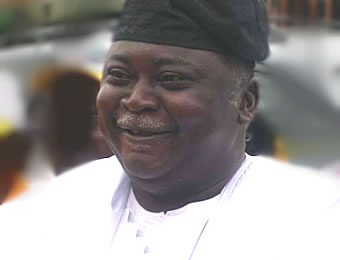 A philanthropist and former member of the House of Representatives, Ladi Adebutu, has paid the school fees of over 50 students of Ogun State in Obafemi Awolowo University (OAU).

Adebutu represented Remo, Sagamu and Ikenne constituencies in the green chambers from 2015 to 2019.

According to the president of the National Association of Ogun State Students, Ajayi Oluwafemi, Ogun State government has neglected its indigenes for so long.

“Ogun State students had always been neglected by the state government. It is unfortunate that when public office holders are contesting, they are all over students promising to improve their welfare only to get there and do nothing.

“It is a thing of joy that Honourable Ladi Adebutu has decided to embark on this great scheme for Ogun State students in spite of the fact that he is not in power. It is safe to say that Ladi Adebutu knows the value of education in nation-building,” Oluwafemi said.

He noted that over 50 students from the state were able to pay their school fees on the last day of February with the intervention of Adebutu.

Meanwhile, the beneficiaries who spoke to the Tribune Online have expressed their gratitude to the former lawmaker.

A 300 level law student, Adebayo Adeife, while expressing his delight over the scheme said: “Mr Adebutu has lifted a huge burden off Ogun State students and it calls for commendation amongst all in Ogun State”.

Another student, Oduyale Adesola, studying Economics and Education, said her parents had lost hope of getting her tuition until the scheme was announced recently. “This is a great blessing and I am most grateful,” she said.

Alaba  Adegbuyi, a 400 level student, appreciated the executives of the indigenous students’ association and the efforts of Adebutu for helping him to complete his degree programme when all hope was lost.