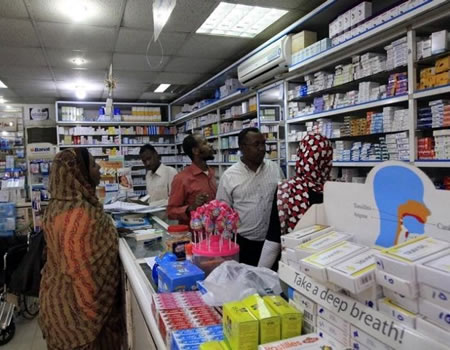 A 32-year-old pharmacist, Ezeude Ikechukwu, who allegedly defrauded his employer of pharmaceutical products worth N15.8 million, on Wednesday appeared before a Yaba Chief Magistrates Court, Lagos.

Ikechukwu, whose address was not provided, is facing a two-count charge of obtaining under false pretences and stealing.

The Police Prosecutor, ASP Ibijoke Akinpelu, told the court accused committed the offences in June 2017, at No 1a, African Church Close, Off Coker Road, Ilupeju, Lagos.

She said the accused, an employee of Elbe Pharmaceutical Nigeria Ltd, sold some of the company’s products and converted the money to his personal use.

“All efforts made by the complainant to retrieve the products or get the accused to pay the money proved abortive.

“The complainant reported the case to the police and the accused was arrested,’’ he said.

In her ruling, the Magistrate, Mrs O.G Oghre, granted the accused bail in the sum of N5 million with two responsible sureties in like sum.

She said one of the sureties should be gainfully employed, while the other surety should be a blood relation of the accused.

Oghre adjourned the case until April 4 for trial.