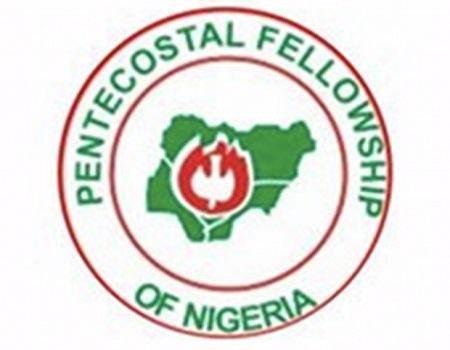 Omobude made the call at a news conference on Monday in Benin, urging President Muhammadu Buhari to use his remaining period in office to guarantee free, fair and credible future elections in the country.

“PFN is appealing to both the federal government and the Independent National Electoral Commission (INEC) to ensure they provide level playing fields during the forthcoming Edo and Ondo state polls.

“We particularly implore the presidency to quickly intervene in the unfolding political violence in Edo state ahead of the Sept. 19 Governorship election.

“What the people yearn for is free, fair and credible polls devoid of snatching of ballot boxes, thuggery and maiming,” he said.

The PFN president said that on the spiritual aspect, prayers were being made for peaceful and credible elections.

“We have prayed and are continuing our prayers and fast for violent-free, credible governorship elections in these two states.

ALSO READ: NNPC remits over N1.8trn into federation account in one year

“We have attempted to broker peace among the political gladiators and are still in the mood of prayers for the safety of the country and her people,” he said.

Omobude urged Buhari to do more in tackling the problem of money politics, saying it still plagued elections in the country.

He called for urgent re-engineering and reform of the electoral process to guarantee better elections in the country in the future.

On security, Omobude called for urgent and practical solutions to the problem of insecurity in Southern Kaduna and other parts of the country.

He said that the problem, along with issues of banditry and that of Boko Haram in parts of the country were worrisome.

“We are aware that this administration promised to improve the country’s security situation and curb the incidence of insurgency and other acts of insecurity nationwide.

“The Federal Government should rise to its responsibility through practical and timely resolution of the challenge so that our people can sleep well.

“More worrisome is the insecurity situation in Southern Kaduna that has persisted. This is of high concern to PFN.

“We use this medium to call on both the Kaduna State and federal governments to use their security apparatus to send peace ambassadors to ensure and restore peace and sanity to the state.

“As a body, we have also instructed leaders in the zone to work for a peaceful reconciliation for the attainment of peaceful coexistence among the people once again,” he said.

Omobude appealed to Nigerians to assist the federal government in its attempts to curb the spread of Coronavirus disease (COVID-19) pandemic.

He called on the people to ensure they comply with the health protocols on COVID-19, saying the church continues to pray for God’s intervention.