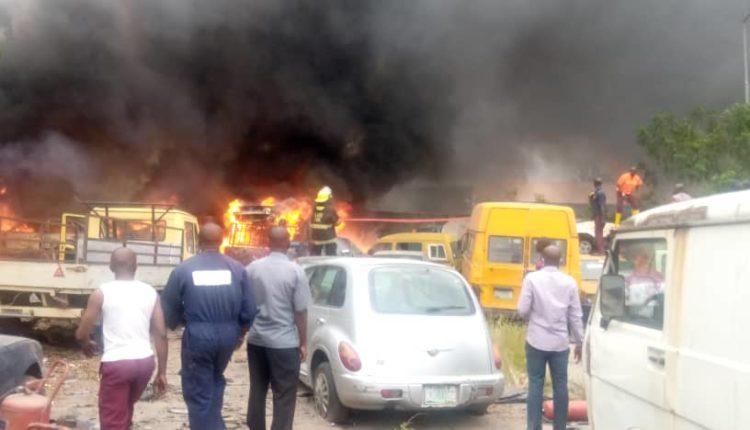 A Fire Outbreak has gutted a branch of Access Bank at Adetokunbo Ademola Street, Victoria Island, Lagos State on Wednesday.

Tribune Online gathered that the unfortunate incident was as a result of a petrol tanker exploding near it.

The Federal Fire Service confirmed the incident happened at 10:20 am

“Our men are on the ground, trying to combat the inferno. Thanks for notifying us,” it tweeted via @Fedfireng.