Persons living with HIV not to be pitied, 2030 target to end AIDS achievable ― OYSACA 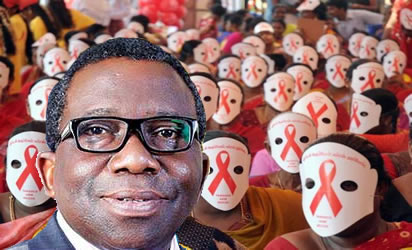 Executive Secretary, Oyo State Agency for the Control of Aids (OYSACA), Mr Obatunde Oladapo has emphasized the need for persons living with HIV to be encouraged to be on sustained treatment rather than they being pitied.

Speaking at a media chat held at OYSACA office, Ibadan, Obatunde stressed that the 2030 target to end the spread of HIV/AIDS remained realistic if 95 percent of persons who know their status are on treatment and 95 percent of those on sustained treatment have suppressed viral loads.

Noting the reduction in national HIV prevalence to 1.4 percent, going by the Nigeria HIV/AIDS Indicator and Impact Survey (NAIIS) released in March, Obatunde stressed the importance of increasing access to counseling and testing to totally win the war against HIV/AIDS.

He decried ignorance as basis for stigmatization and unnecessary pity for persons living with HIV, noting that persons with undetectable viral load would not transmit HIV through sexual intercourse.

He assured of the domestication of the national strategic plan to end the spread of HIV to include prevention, elimination of mother to child transmission, increasing testing, counseling, care and support for persons living with HIV.

Stressing the need for testing, AIDS programme director in Oyo state, Dr Olubunmi Ayinde said the state had 89 centres for testing, including 62 centres for pregnant women, and 21 treatment centres where antiretroviral drugs were administered.

She added that plans to increase access to testing included the training of Primary Health Care workers.

Though she noted that over 1.1 million persons living with HIV were being treated across the country, Ayinde said efforts had to be focused on ensuring that those infected with HIV achieve viral suppression through sustained treatment, minimizing the risk of HIV transmission and moving Nigeria closer to controlling the HIV epidemic by 2030.

The South West has a prevalence of 1.2 percent, with Ogun state highest at 1.6 percent, Lagos with 1.6percent, Ondo with 1.1 percent, Osun and Oyo at 0.9 percent, while Ekiti is lowest with 0.8 percent.