Persecution of Christians is uniting churches in Nigeria faster —Adetunmobi

Reverend Samson Ajetunmobi is the brain behind the Men of Issacar Vision Incorporated, Ojoo, Ibadan, and the new chairman, Pentecostal Fellowship of Nigeria, Oyo State chapter. In this interview with SEYI SOKOYA and ADEOLA OTEMADE, he speaks on national issues and his plan for PFN and the vineyard.

Tribune Church
By SEYI SOKOYA and ADEOLA OTEMADE On Feb 16, 2020 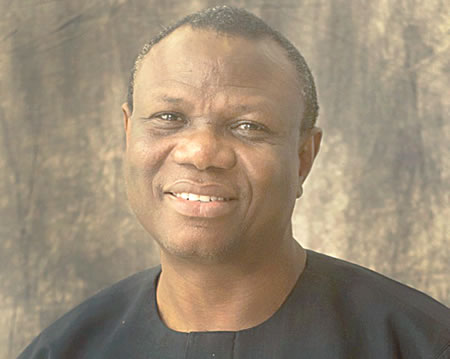 You became the chairman of Pentecostal Fellowship of Nigeria, Oyo State chapter barely two months ago. How has it been since you assumed office?

It has been a privilege to serve. The people had the trust in me that we could represent them as well as  taking some leadership functions at a time like this. So far it has been good and I thank God for everything.

What is the task ahead of you as the new chairman?

No office is relaxed; no leadership thrust gives you a relaxing moment, but the truth is that we have a good team that has made it easier to do what God has put in our hearts.

Would you say that your assumption  of office as the new leader was as a result of your relationship with your predecessor, Bishop Taiwo Adelakun?

I can say categorically that everything went through due process. There was nothing personal, nothing hidden. We went through the normal process required and it went well. The board of advisers needed to be consulted and all that was done. The bottom line was that the persuasion of Bishop Adelakun, and that of mine to serve were the critical points, but all the normal procedures were clearly observed.

What are your major plans to take the association to a greater height?

We have developed an eight-point thrust; we call it ‘PFN Oyo state thrust’. In the thrust we have an eight-point drive that covers leadership effectiveness, family life of the ministers, intentional involvement with governance, synergising with other bodies of Christ not to run alone and also covers building up the values of the church and to keep every church’s  visionary mission to fulfill the purpose of their calling.

As the PFN chairman, what is your take on the current challenges facing Christianity in Nigeria, especially over the cry that Christians are being persecuted?

It is not false that Christians are being persecuted. The reports are here with us. We all see what is happening. So, it is no longer hidden. There is no room for assumption or an act of suspicion. It is a plain obvious challenge and we trust God to help us.

Is there any form of synergy with the CAN in putting an end to problem facing Christianity?

Definitely, we are synergising with CAN, because we are part of the body and we would offer our counsel and suggestions to solve this riddle: that is shedding of blood on a continuous basis.

`What is the experience like running a ministry for over 30 years?

Running the Men of Issacar Vision has been done with a lot of joy because what we see is the fulfilment of the calling God gave to us. We have not grown suddenly as a ministry, but we have grown slowly, consistently in a stable manner and it has helped us.

Despite efforts of some people to sanitise the vineyard, the church is still faced with many challenges of ungodly acts which are  on the increase. How will you react to this?

There would always be, we are going to have a season when the church would be free from being criticized, or from having some strange people; so, the best we can do is to damage ignorance in the church leadership.  And how do you damage ignorance? You train. For instance, we are currently training some General Overseers of some ministries and this training involves: envisioning, returning to the Biblical foundations and there had been lot of changes taking place. The effect might not be suddenly pronounced, but the impact is gradually growing.

Are you saying that the impact of God and church is fading among clerics and people in general?

With your wealth of experience in the vineyard, how would you react to the claim that church leaders are not united?

I can tell you that the body of Christ is largely in different networks.  We have the CAN and PFN as well as other networks of ministers that share common views. So, all we need to do is to synegise the heads of those major movements and that is going on very quietly; it is not a public affair, but the church is getting more united than any other time. Interestingly, the persecution of the Nigerian church is uniting the churches in Nigeria faster than when there was no persecution.

As the PFN chairman, what is your message to the Federal Government with the perceived deaf ear it has turned to the clamour of Christians?

The Federal Government is not turning deaf ear to the clamour of Christianity, but it is like wanting to live in denial of the obvious. However, I am sure that they are also looking inward to see what they can do, especially with the fact that the whole world is putting attention on us and if you shut down the citizens, you can’t shutdown the other part of the world, because it is a global world and there is nothing secret any more.  So, we live in a world where you can’t pretend or hide for too long. It will come to the open and if the Nigerian citizens look so cowed and intimidated and everybody is afraid for their lives, help may come from other places when we appear we can’t help ourselves.

Going by your experience in the North, how would you compare life as a Christian then and now, especially with the terrible experiences of Christians in that territory?

Let me say something here, the Northern people are good people; Nigerians are good people. We have always lived together as brothers. I want to state categorically that the northern part of the country where I once lived, especially in Zaria city was a peaceful location. Mind you, this is where the real core Muslim Hausas live. I lived inside Zaria city. I lived with Muslims and we were friends, 75 per cent of my friends are Northerners; they are Muslims and we are friends and we lived together. The crisis in Nigeria today is not the crisis of the North versus South-West or South-East. No, it is the crisis of few policy makers, who took decisions in a very negative direction to favour one particular part of the country against the other and to persecute certain people for their faith. So, it is not a North problem, but a policy and the use of instrument of office and this is not for all the Northerners, but a few Northerners who found power. For me, the Northerners are still great people, I love them. I lived with them. I know they are genuine people. Also the South-Westerners are very good people. Nigerians are good people generally. It is our leaders that brought us into this unnecessary division and unending suspicion of one another. We are all good people.

What is your message to Christians?

We must be more committed to our faith and  be willing to die for our faith if need be. Be strong in God and let us know clearly that death should never be a threat, because there is no one that would not die. Let the strong never think he would live forever and he will be strong forever. Let the weak never think he would remain weak forever. There are ways pressure makes you stronger than you can imagine and today we are being put under pressure. So, let it bring the best out of us. Let it not cow us. We must be strong enough to be able to strategise. We cannot over pray; we cannot pray enough. There is a place of prayer and there is also a place of strategic planning. So, let the Nigerian church be more strategic and be more prayerful and this season in Nigeria would soon come to an end.

We need prayers for peace in Nigeria —Abidoye