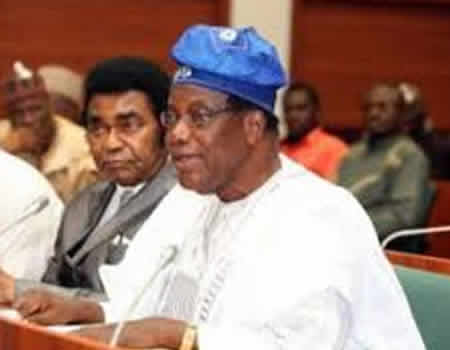 Pensioners in Nigeria have urged the federal government to review the pension scheme as a matter of urgency.

Speaking at the South West Zonal Council meeting in Lagos at the weekend, the Chairman, South-West Zone of the Nigerian Union of Pensioners, Elder Ayo Kumapayi, said governments at all levels as a matter of urgency should review the pension scheme which is long overdue.

Kumapayi revealed that the last review was due in 2015 which was not done and another review will be due soon.

“The last review was due in 2015 and another review is about to set in and the governments at all levels have closed their eyes in implementing this aspect of the constitution and also adamant in reviewing the scheme,” he lamented.

He reiterated that the refusal of the government to review the scheme has created a disparity between pensioners retiring now and those that have retired years back despite that they served the same number of years.

“The difference is as much as 200 per cent. This is why we have pensioners who have been earning N2000 for the past 15 years and are still earning the same, just because the government has failed to obey the constitution, ” he stated.

He called on the federal, state and local governments to look into the welfare of the senior citizens who have meritoriously served the country with all that they have.

“Pensioners are not entitled to anything in this country, unlike in other climes where senior citizens have several benefits including free transportation, health care etc but in Nigeria reverse is the case.

“When a pensioner clocks 60years, he/she is automatically banned from the National Health Insurance  Scheme (NHIS) which means they have to fend for themselves, which should not be,” he said.

He urged government to provide a geriatric centre across the states for the elderly, where they will have access to clinic, relaxation centre, gym for fitness, counsellor and other facilities that will prolong their lives.

The Chairman, Lagos State Council, Rev. Oluremi Johnson, described as unfortunate what pensioners face in the country, as many of them are owed entitlements for years, which have led them into abject poverty.

He explained that the meeting was geared towards addressing the plight of pensioners with a view of find lasting solutions to their pains.

“We pensioners have served this country for 35 years, we need to have rest after labour and not pains and anguish we are currently facing,” he said.