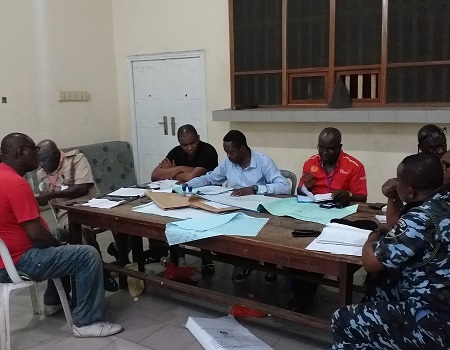 ALSO READ:#NigeriaDecides2019 | Dogara heads back to House of Reps

For Warri South West,  registered vote cast was 126, 167, rejected votes, 1, 540, valid votes, 124, 628 while total vote cast was 126, 167.
According to Dr Osifor, the total registered voters in the constituency is 430, 246, total valid votes, 198, 973, rejected votes, 4, 637 and total votes cast, 203, 610.
He, therefore, returned candidate of the PDP, Chief Ereyitomi as winner of the Saturday National Assembly poll having polled a total of 152, 874.
Meanwhile, elated Chief Ereyitomi, while speaking with journalists shortly after the announcement of his victory at about 11:00p.m, described the victory as one for people of his constituent.
“I’m elated. It’s victory for the people of Warri Federal Constituency not only me.
“I knew I would win because we campaigned all over the places,” the new entrant noted.
The Itsekiri Chief appealed to his co-contestant from other parties to join hands with him, work together to move the constituency forward.
PDPtotal votes
Share FacebookTwitterGoogle+ReddItWhatsAppPinterestEmail