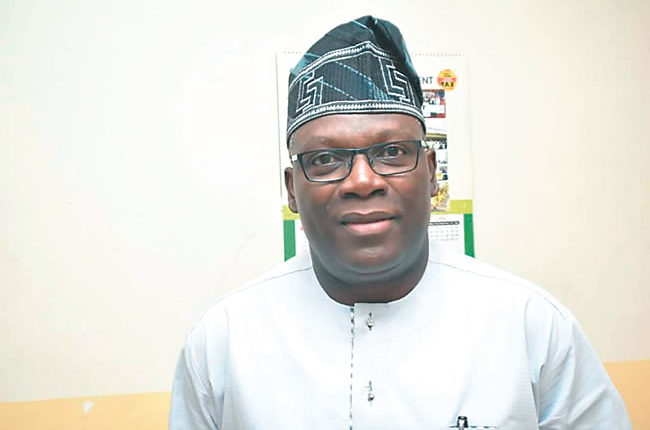 The publicity secretary of the All Progressives Congress (APC) in Lagos State, Honourable Seye Oladejo, speaks with SUBAIR MUHAMMED on the chances of the party in the October 31 Lagos-East senatorial bye-elections.

There is skepticism about the likely outcome of the October 31 bye-election in Lagos State. What is your take on this?

I won’t want them to compare an orange with an apple. This is Lagos and not Edo state. We must also understand that both scenarios and the dramatis personae are different and that would reflect. There is no way the APC will lose that seat to the opposition. We are mindful of the fact that they are trying to mobilise forces within and outside the state to work for the PDP candidate but this will only spice up our victory. It will make our victory more interesting and sweeter. So, if they are coming, they are all welcome to Lagos. It’s nothing new because many of their governors govern their states from Lagos. It is either they are in Abuja or Lagos because Lagos is home to everybody. And that’s our pride.But when it comes to this by-election, we are not losing sleep. We have campaigned extensively and you can see the impact of our efforts. We are not leaving anything to chance. We are confident but not complacent. Tokunbo is selling his manifestoes and he’s offering good service to the district. I believe they will keep the faith and will still vote APC. Yes, we heard what played out in Edo State but I can assure you that will and can never happen in Lagos. PDP wouldn’t have won the governorship election in Edo but they were aided by some APC members. It was a case of APC scoring a goal against itself and that will not happen here in Lagos.

With the friction factored by the emergence of Tokunbo Abiru as the candidate of your party, don’t you think this has created a vacuum within the party?

There is no friction within Lagos APC. The APC in the state is as fit as a fiddle. We are the party to beat any day, anytime. We are healthy and strong. And we will come out stronger even after the election. Don’t forget that we have a national spread and we are still growing in leaps and bounds in terms of membership. So, I can boldly say that we have no major crisis. Of course, rift is bound to occur among members in any political party; ours is not an exception but it isn’t beyond what we can handle. We remain confident in winning elections. So, for us in APC Lagos, it’s been good, cordial and we are one big family.

Does the imposition or as some people say, selection of candidates for the bye-election by the leadership of the party for the Lagos East senatorial seat and Kosofe Constituency II is as have any effect? Why were primaries not held?

We have been saying this for the umpteen times; primaries were held and there were no selection. The APC constitution allows us to have a candidate either by consensus or an open primary. If a particular system is working, why would anyone break it? The consensus option was to the extent that aspirants, out of their freewill, not by compulsion, endorsed a particular person to fly the party’s flag. We had an affirmation thereafter where close to 120,000 people came out to ratify him in form of the primary. If such a huge number could come out to endorse a candidate that, to me, wasn’t a protest or a kind of an imposition, you should know the implication. As we speak, all other aspirants are working for the party and mobilising support for Tokunbo Abiru.

Perhaps other aspirants were forced to endorse Abiru?

Nobody was forced to endorse our candidate. One of the aspirants is now the chairman of the campaign committee of our candidate. If he was forced, do you think he would be doing that? This shows the level of understanding and discipline in the party and that’s why after the primary election was held, there were no conflict that would warrant engaging in any form of reconciliation and pacifying people here and there. Everything we did was according to the dictate of our constitution. For me, I think the party has done well. What you are seeing or hearing is the narrative of the opposition who chooses to weep more than the bereaved. There is nothing like imposition in Lagos APC, far from it.

Is APC not engaging in a dangerous political exploit fielding a candidate that has no elective position experience?

This is not about an individual; it is about the party. The APC is a party that has a structure. The party in Lagos state has been in power in the state since the advent of democracy in 1999. The party has viable structures in every nooks and cranny of this state. The ticket is about the party because Tokunbo Abiru is not an independent candidate. So, it is not right to say that he doesn’t have a structure, it is about the party and he is flying the flag of the party. Since his emergence as a candidate, he has become the baby and business of the party and by God’s grace, we are going to work for his success at the polls.

Is Abiru a perfect fit to challenge the candidate of the PDP, who has contested for the governorship seat in Lagos State with some measure of experience?

Let’s get it straight; Tokunbo is in a race with an opponent that contested governorship election a few months ago and lost. His opponent is someone that doesn’t possess Tokunbo’s pedigree in terms of career success. He is contesting with an opponent whose selling point is about running a backyard estate which he flaunts to be enjoying 24-hour power supply. If someone gets to the peak of his career as the managing director of a first-rate bank in this country, definitely, he can’t be at the same level as a realtor that is running an estate somewhere. So, we have brought out Tokunbo to complement the efforts of senators representing Lagos State at the Senate. We have brought out somebody who, on his own, having just left the banking sector, can boast of some measures of national network, someone who can boast of some measure of connection that he can leverage on to attract the proverbial dividend of democracy first to Lagos East senatorial district and to Lagos State as a whole. Contrary to this, his opponent has not been consistent. Few months ago, he was a member of the Action Democratic Party (ADP), where he contested the governorship seat. In a jiffy, he moved over to PDP where he oppressed the poor aspirants, paid virtually for all the delegates and the result of the so-called primary was predictable. It is so convenient for him to jump from one party to another. This speaks volume about his inconsistency and desperation. Lagosians are not fools. Tokunbo is simply shoulder and head above him.

Against the mounting agitation for the restructuring of the country, President Muhammadu Buhari has said that he is not moved and vowed not to succumb to pressure. A statement emanating from the office of presidential spokesman…

The power of the youth

FG urged to include technology, others in curriculum of colleges of education