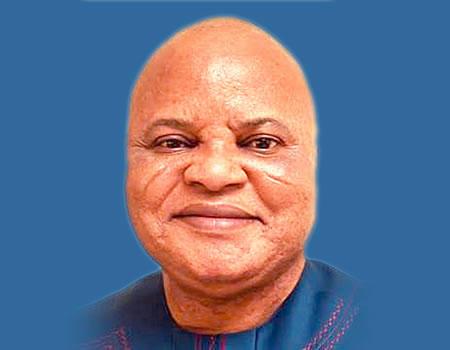 The Peoples Democratic Party (PDP) on Monday said it has rejected, in its entirety, the March 18, 2020 judgment by the Federal High Court, which ordered the Independent National Electoral Commission (INEC) to issue Certificate of Returns to Sen. Ifeanyi Araraume within 72 hours.

In a statement issued by Kola Ologbondiyan, National Publicity Secretary, the party asserted that the judgment further heightens its fears that the All Progressives Congress (APC)-controlled Federal Government is bent on using certain officials within the nation’s judiciary to suppress the opposition and subvert the will of the people.

The PDP wondered how a matter which has been decided by the Supreme Court be overruled by a Federal High Court sitting in Abuja.

The statement said: “It was clear to all that the Supreme Court on February 5, 2021, upheld the ruling of the Court of Appeal, which nullified the candidature of Sen. Ifeanyi Araraume as APC candidate for Imo North senatorial district bye-election. That verdict of the Supreme Court put to rest the candidature of Sen. Ifeanyi Araraume.

“It is therefore bizarre that a Federal High Court presided over by Justice Taiwo Taiwo, which Sen. Ifeanyi Araraume had approached to declare him the authentic candidate and order INEC to issue him Certificate of Returns had done so in flagrant disregard to the Supreme Court ruling on the same matter.

“Our party holds that this is a direct miscarriage of justice, which poses a great danger not only to our democracy but also to our survival as a people and should not be allowed to stand.

“For the records, our candidate for December 5, 2020, Imo North senatorial bye-election, Chief Emmanuel Okewulonu, polled the highest valid votes cast at that election since courts of competent jurisdictions disqualified the two APC candidates, Sir Frank Ibezim and Senator Ifeanyi Araraume, less than 24 hours to the election.

“On the strength of the disqualifications, the names of these two candidates were conspicuously excluded by INEC in the final list that was released. They were not part of the total election process.

“Moreover, INEC’s refusal to declare Chief Emmanuel Okewulonu of PDP winner after the election quickly sold the electoral umpire out as being under the heavy influence of superior power.

“Had INEC done the needful at the time of the election by declaring Chief Okewulonu the winner, we would not have come to the current sorry pass where conflicting judicial orders are being churned out every second?

“We, therefore, reject this recent judgement and call on INEC to handover the Certificate of Returns to Chief Emmanuel Okewulonu, who is the authentic winner of the December 5, 2020, Imo North senatorial bye-election, sequel to the ruling of the Supreme Court.”