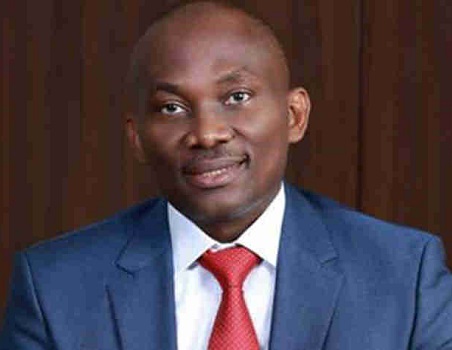 Following the lifting of the suspension placed on the Minority Leader of the House of Representatives, Ndudi Elumelu, and six other lawmakers elected under the party, the National Working Committee (NWC) of the Peoples Democratic Party (PDP) has officially recognized his position.

The NWC led by the party national chairman, Prince Uche Secondus, hosted the lawmakers at the national secretariat of the party in Abuja, on Tuesday, where it affirmed his leadership of the opposition in the lower chamber of the National Assembly.

Elumelu and the others had been suspended at the beginning of the present assembly for going against the wish of the party on the position of the minority leader.

The suspension was however lifted by the national leadership of the party last week.

The NWC has now requested the PDP Caucus in the House to reinvigorate its opposition role in the interest of Nigerians.

On the back of the resolution of the longstanding House minority leadership crisis, Secondus charged Elumelu and the other PDP legislators to speak strongly in the interest of Nigerians, who he stressed, placed their hope in the PDP.

Secondus added: “The essence of this meeting is to reiterate the lifting of the suspension. Nigeria is in dire straits now and needs a viable opposition in the House of Representatives.

“You must therefore speak with one voice on all issues. The economy is collapsing and there are a lot of security challenges facing the country. This is the time Nigerians needs you the most and we must rise up to defend their interest.”

In his response on behalf of his colleagues, Elumelu thanked the leadership of the party for lifting the suspension placed on them and pledged to ensure a reinvigorated opposition in the House of Representatives.

While affirming that the PDP is one indivisible body, he added that with the resolution of the leadership crisis, the opposition in the green chamber has been repositioned for the task ahead.

“The PDP is one indivisible party and we are now speaking with one voice and the lifting of this suspension has reenergized us for the task ahead,” the House minority leader said.

Speaking to newsmen after the meeting, Elumelu praised the effort of the leadership of the party in resolving the crisis in the PDP House caucus.

“With the lifting of this suspension, we are one, united in the PDP family. We will do everything possible to provide the opposition that the PDP believes in, so that come 2023, we will be taking over the leadership of this country,” Elumelu stated.

Elumelu expressed worries over the escalating level of insecurity in the country, stressing the need to restore peace, unity and national cohesiveness.