PDP members must team up to reclaim Ondo in 2020 ― Ebiseni 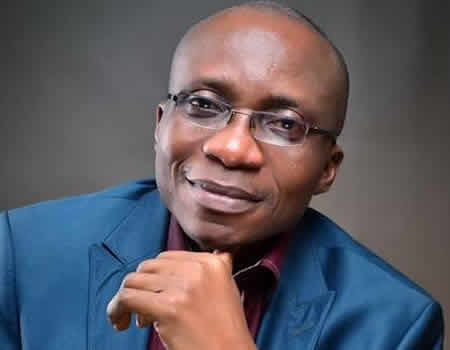 A FORMER Commissioner for Environment in Ondo State and delegate to the 2014 National Conference, Chief Sola Ebiseni has urged members of the state chapter of the Peoples Democratic Party (PDP) to synergise towards reclaiming the state from the ruling All Progressives Congress (APC) in the 2020 governorship poll.

Addressing party faithful at the headquarters of the Ilaje Local Government Area of the state Igbokoda on Saturday, Ebiseni claimed that the poor performance of the APC government in the state, particularly in the oil-producing areas, was ”one of the reasons the people must vote out the APC in the state.”

Ebiseni, a lawyer and former chairman of the old Ilaje/Ese Odo Local Government Area, used the occasion to indicate his interest in the governorship ticket of the PDP for the 2020 race.

He said the APC lacked any clear-cut policy on any issue germane to social existence, lamenting that the general insecurity in the country had made life miserable to Nigerians, just he accused the APC of having eroded the positive impacts of the social programmes of the previous PDP administration.

The former commissioner, however, advised the PDP, at all levels, not to take the people of the state for granted in the selection of its candidate for the 2020 governorship election, stressing that the party should be  “united and fair to all aspirants.”

Reacting to the demand of the people of the area that it was their turn to produce the governor because of their immense contribution to the state, Ebiseni said from his experience, no party had ever officially zoned the office for the purpose of selecting its candidate.

Nonetheless, he said the people had been consistent in the succession to the office of the governor by ensuring fairness among the three senatorial districts and the component groups, such that victory had been determined to the extent to which any party respected such emerging political cultures.

This, according to him, was the reason no party had been able to hold power in the state perpetually.

Ebeseni urged the people to put forward their best candidate who could win both the primary and the election proper, adding: “Having the ticket of the party and winning the governorship election goes beyond social media agitations, some of which may even be annoying and offensive. It is the constitutional right of every person or part of the state to aspire to the office of the governor.

“To get it, we must work hard, engage other local governments, tribes and groups in a friendly manner with mutually beneficial assurance and put forward our best candidate, in whom other people have confidence, based on robust relationship.

“This game is not an Olympic event which essence is participation. It is a political World Cup, where only the champion can win both the qualifiers and the ultimate trophy for any nation.”

He called for the support of the people, assuring them of his capacity to win the party’s ticket and the 2020 election.

All the leaders, who spoke at the event lauded his sterling leadership qualities as well as his capacity to win the election for the party.