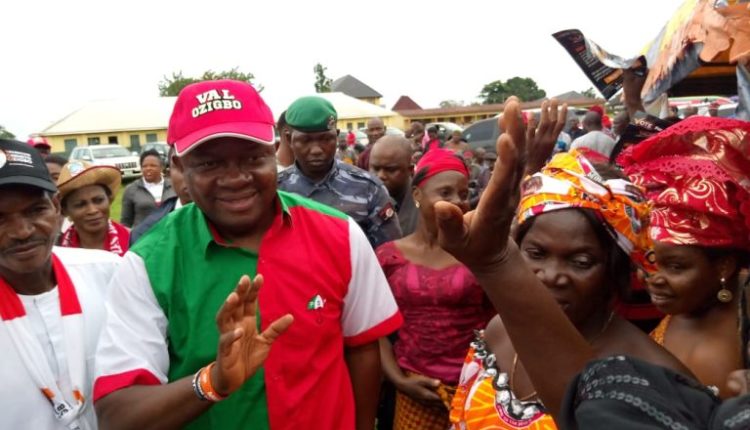 Mr Valentine Ozigbo, the Peoples Democratic Party (PDP) governorship candidate in Anambra State, has announced the temporary suspension of his campaign rallies over the rising spate of killings in the state.

In a message issued by Mrs Aziza Uko, the Director, Media and Communications of his Campaign Organisation, Ozigbo urged an immediate end to the violent attacks and killings of innocent Nigerians in different parts of the state.

He condemned the development and commiserated with the families of those who were either killed or maimed by the unidentified assailants.

He described the spate of violence in the state, ahead of the upcoming governorship poll, as alarming and having huge consequences on the lives and property of the people.

Ozigbo said: “In the past few days, we have witnessed an alarming escalation of deadly violence in Anambra. We lost an eminent son and several others in what appears to be a renewed violent campaign by bandits.

“Yesterday, a prominent Nigerian public servant, medical doctor, and a stalwart of PDP, Lawrence Ezenwa, was killed in Nnewi South Local Government Area of the state.

“Ezenwa, who is from Abia State, was visiting his wife’s village, Ukpo, in Nnewi South, when he met his death, his driver was also shot and killed.

“On the same day, a vehicle belonging to a federal lawmaker, Chris Azubogu, was attacked and his driver killed in cold blood. As a leader, I find the latest violence disturbing and condemnable and I call for a stop to all acts of violence, particularly against the innocent.

“Due to this development, and in line with my belief that no life is worth anybody’s ambition, I suspended all my campaign rallies and public appearances scheduled for this week.

“Every life is precious and ought to be protected and preserved,” Ozigbo stated.

He further stated that the gruesome murder of Dr Chike Akunyili, the widower of late Professor Dora Akunyili, still left him in stiff shock.

He urged government to take lawful steps, including dialogue, to address the issues being raised by agitators for self-determination.

Ekiti’s development in 25 years cause for celebration, says Traditional ruler

Nigeria @61: Let’s reflect on our past to find solution to our problems, says Bauchi speaker