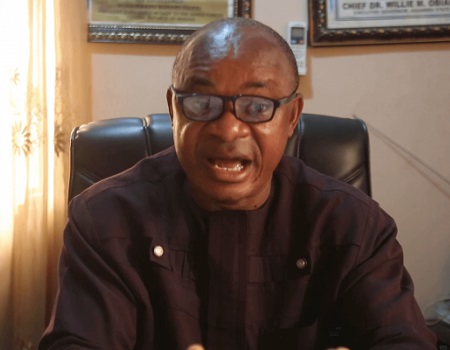 A chieftain of the People Democratic Party (PDP) and an Awka-based legal practitioner, Barrister John Okoli Akirika, has called on the National Assembly to amend the Constitution to ensure a seamless succession of democratically elected Local Government officers in the country.

Akirika, a PDP chieftain who was also the former Anambra state chairman of All Progressives Grand Alliance APGA while speaking to Nigerian Tribune in Awka, on Wednesday, said the lacuna in the 1999 constitution that allows state governors to perpetuate illegality by appointing Care Taker Committee to run the administration of local government council must be addressed.

According to him, the constitution clearly states that state governors shall put every machinery in place to ensure the existence of democratically elected government in local government areas, but the same constitution did not say such system must be in place and how.

“By the virtue of section 7, subsection 1 of the 1999 constitution as amended, the law mandated the system of democratically elected local government officers. The various state government shall subject to the section to ensure existence. It is something conceptualised by the law and it becomes anti-democratic, unprogressive, retrogressive and worrisome for the state governors under any guise to appoint caretaker committee to be in charge of the affairs of the system.

There is a lacuna in the law, section 7:1 says there shall ensure the existence of democratically elected government at the local government and the law does not say such system must be in place. With this section, the governors can decide to elect local government offices for two, and thereafter will not conduct election again throughout his tenure” he said.

The PDP chieftain reiterated that the law should be amended to ensure that at the end of every elected local government officials, there must be elections to fill the positions as it is done in the statehouse of assembly, governors, national assembly members, and the president.

According to him, like what is happening in Anambra state, governors Willie Obiano will be spending six years on March 2020, out of his eight years without conducting local government elections and may decide to conduct one at the tail end of his administration and it is not good for our system.

He commended the Supreme Court for adopting serious interpretation of the law, saying that more should be done through status amendment.

“The National Assembly should amend the law to ensure that the system of democratically elected local government officers are fully entrenched, functional and effective so that once a particular tenure is ending, elections are conducted into the positions.