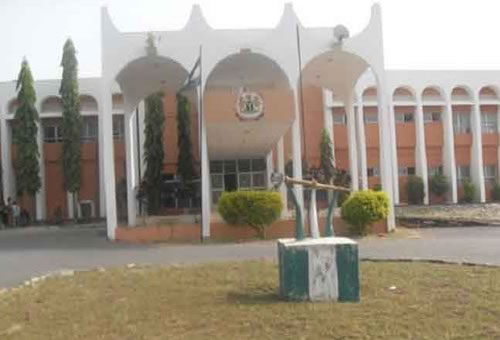 A call has gone to the Kogi State House of Assembly to speedily present and passes the proposed bill on Violence Against Persons Prohibition (VAPP) law in Kogi State.

The Executive Director of Challenged Parenthood Initiative (CPI), Eunice Agbogun made the call on Tuesday during 16-days Activism Against Gender-Based Violence held in Lokoja.

According to her, the Nigerian Police should ensure proper investigation of all violent activities most especially those that directly affected women and also urged security agents to put measures in place for the protection of women and ensure that all perpetrators of violence are apprehended and duly prosecuted in order to deter further occurrence.

She noted that effects of the violence that characterized the pre, during and after the voting process still linger in the minds of all and sundry in the state and beyond.

“The destruction and outright burn down of SDP Secretariat without decisive investigation of the incident by the Nigerian Police Force to bring down the perpetrators was a big blow to the women liberation campaign Nationwide.

ALSO READ: Kogi Election: We are on course, no hope is lost ― Natasha rallies supporters

“The physical attack on the SDP Gubernatorial Candidate Barr. Natasha Akpoti at the venue of an INEC organized Peace parley, with the Inspector General of Police and the Chairman of INEC at the venue was a climax in the ever-increasing violent climate against women politicians in Kogi State.

“The violence that characterized the Rally held at the Eastern District of the state by suspected supporters of the APC on the convoy of the PDP Candidate that led to the fatal accident that claimed the lives of 2 Women and a child at Ejule
”
The heckling, booing and jeering of the APC Candidate and incumbent Governor of the State Yahaya Bello in Ankpa during a rally which allegedly led to the fatal shooting of a young man.

“The destruction of posters and billboards of both SDP and APC Candidates in Lokoja By supporters of both political parties,” she said.

She also noted that the attack on election observers on the election day and also the kling of 25year old woman who was hit by a stray bullet due to the sporadic shooting at a polling unit located at Lokongoma in Lokoja should be investigated by the security agencies.

She stressed that the Challenged Parenthood Initiative (CPI) and her partners are committed to awareness-raising, advocating for behavioural change, sensitizing citizens on gender-based violence (GBV), tracking and responding to cases of GBV, and improving women’s political participation in the state and beyond.