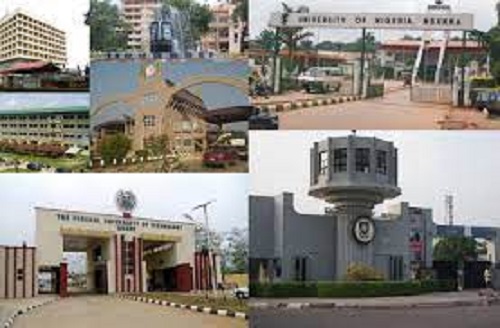 Between now and August 2022, I will be hosting over a hundred University administrators and scholars in major conferences. I will also be coordinating country researchers to conduct studies on five African countries—South Africa, Ghana, Libya, Nigeria, and Uganda. The first conference will hold in Nigeria in the first week of January and will have influential figures comprising founders of private universities, managers of both private and public universities, students, staff, and faculty, as well as representatives of the private sector and labour unions in attendance. The vision is big. The mission is revolutionary, and the ambition pushes will to the extremities of boundaries. Two arrowheads—the University of Texas at Austin, with support from Carnegie Corporation of New York—and impressive arrays of universities and national regulators are being drawn into a continental network of progress.

I do not have to provide any long justification for a pioneer project on how we have to determine and measure the impact of private universities on public ones.As of today, no one knows, save forthird-rate speculations. But the broader canvas is much clearer. Higher education in Africa has been many things. For many African countries, it was a means of liberation and announcement of the propensity towards self-rule. The concept of formal education in Africa was majorly hinged on the commercial gains the European colonialists stood to acquire from educating Africans. However, it is not always about the means; sometimes, the end does more than enough justice.

Though formal education started on a wrong note in Africa, it has evolved into the most important tool for nationalism across many states on the continent, as well as the agency for fighting the apartheid government in South Africa. Many of the foremost African nationalists who were vanguards for the independence push and calls were trained abroad. They witnessed first-hand what quality education was and clamoured to replicate this in their home countries. The agitation for universities in Africa and the inevitably imminent independence of many African states resulted in the establishment of universities across the continent.

It has been decades since the clamour for the establishment of universities in Africa, and since then, there has been a shift in the preoccupations and concerns of these universities. They have evolved beyond institutions where national activists are bred. The paradigm has shifted, and African universities no longer primarily serve to breed and supply adequate labour for the government. Interests have changed, new needs have arisen, and the universities have grown into new ecosystems — where willing academics can find a home for their numerous questions and research; where studies are carried out and solutions are sought; a home for developers and shapers of a new world.

However, have African universities lived up to those characteristics mentioned above? The bulk of the universities in Africa does not measure up to their counterparts on other continents. Year in, year out, we see several world rankings of universities, and the struggle to see an African country among the top 100 is real. While it is easy to quickly blame the lateness of African universities to the scene as the cause of this seeming drag behind the line of academic quality, several recently founded universities now rank among the top universities in the world. For example, the National University of Singapore, which, according to the 2021 Times Higher Education rankings, is the 21st best university globally, was founded in 1980 —over forty-one years ago.

Through two major conferences, we aim to forge a development-focused alliance between Africa’s private and public universities, using the selected countries as a case study. I am the convener of this epoch-making conference, with tremendous logistical and administrative support from an army of leaders, notably Martha Gonzalez, Prof. Olajumoke Yacob-Haliso, and Wale Gazhal. The convener and the organising university plan to bring together both convergent and divergent African scholarly voices on universities in Africa, the frameworks of public university education in Africa, the models of private university governance in Africa, and how both the public and private universities can form a synergy to deliver quality university education to Africans and non-African scholars. The conference schedule is designed to accommodate extensive research into different aspects of the administration and operations of both private and public universities, as well as how the strategies used in one system can be adapted to make the other system function better.

Another pertinent issue that will be explored during the conference is the public’s perceptions of private universities in Africa. The African people’s level of acceptance of private universities, which will invariably affect how well students apply to private schools, and the level at which private schools complement public schools in higher education, are all hinged on the people’s perceptions of the quality of education at private universities, the relative cost of acquiring such education as compared to attending a public university, among many other factors. All these will be discussed at the conference.

This is a holistic conference that will regroup stakeholders — university owners, vice-chancellors, professors and other academics, administrators, researchers, and students — to generate diverse views on the topics presented at the conference. Following the two-day conference, it is expected that research papers on private and public university education and the interrelations between them would be reviewed and published into books that can be useful for policymakers and other stakeholders in the higher education sector in Africa. We will facilitate research into previously unexplored or scarcely explored fields to shed light on the impacts of the formation and growth of African private universities on African public universities.

Scholarly conferences serve many purposes, and one of the most meaningful contributions the conference will make to the academic world is a recommendation of action plans and strategies. Expectedly, these would serve as a guide for investors and stakeholders in public universities in Africa. The goal transcends holding a conference or gathering scholars and stakeholders from five countries in Africa; it is to put working systems in place to bring about the desired outcomes. Come January 6, 2022, selected scholars from five African countries will convey on the Babcock University campus in a first-of-its-kind conference for the good of higher education in Africa. The conference will include reports from researchers who have spent the past two years working in the selected countries of study. Following that would be some panel sessions on the pertinent questions and issues. There is also a students’ forum, where important but often side-lined stakeholders in higher education will talk about their perceptions and expectations of the universities of the future.